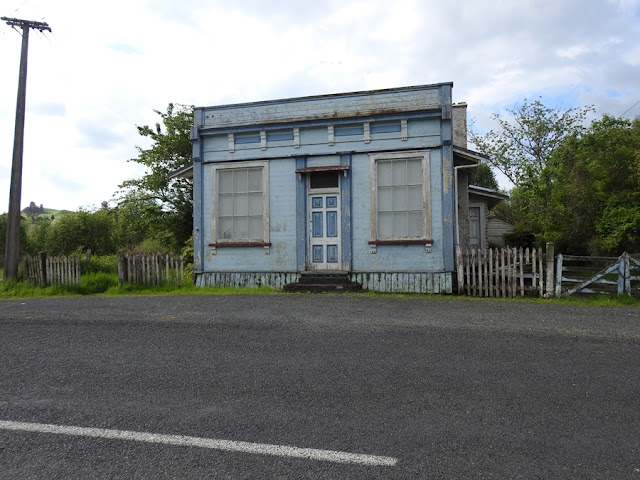 It seems that this building used to be the bank in the little town of Matiere in the Ruapehu district, in the Manawatu-Whanganui region of the north island. It is pretty much the main building you see on  as you pass through on Highway 4.

At its peak in the 1920s and 1930s, Matiere had a population of 750, built on saw-milling and farmers breaking in land. Road gangs, railway workers and coal miners helped to create a pioneering town with a commercial heart that at various times included dairy factory, three general stores, two butchers, two drapers, a tailor, bank and post office.

The decline triggered by World War II gained more momentum in the 50s and 60s as the saw mills, dairy factories and coal mines closed and better roads created more opportunity at Taumarunui, 35 minutes away.Today, Matiere is ghost town, though still with a primary school, now in its 105th year with a 2011 roll of 19.  https://www.nzherald.co.nz/property/news/article.cfm?c_id=8&objectid=10732185

It seems they still have a Cosmopolitan Club operating.

Definitely an old bank building Betty - and of course you have to have "the club"!! ;)
Stay safe
Blessings
Maxine

Always interesting to know about old buildings like this .

Ghost towns make me sad. At least the bank looks like it could tell a story. The history was interesting.