It's a feeder not a nester!! 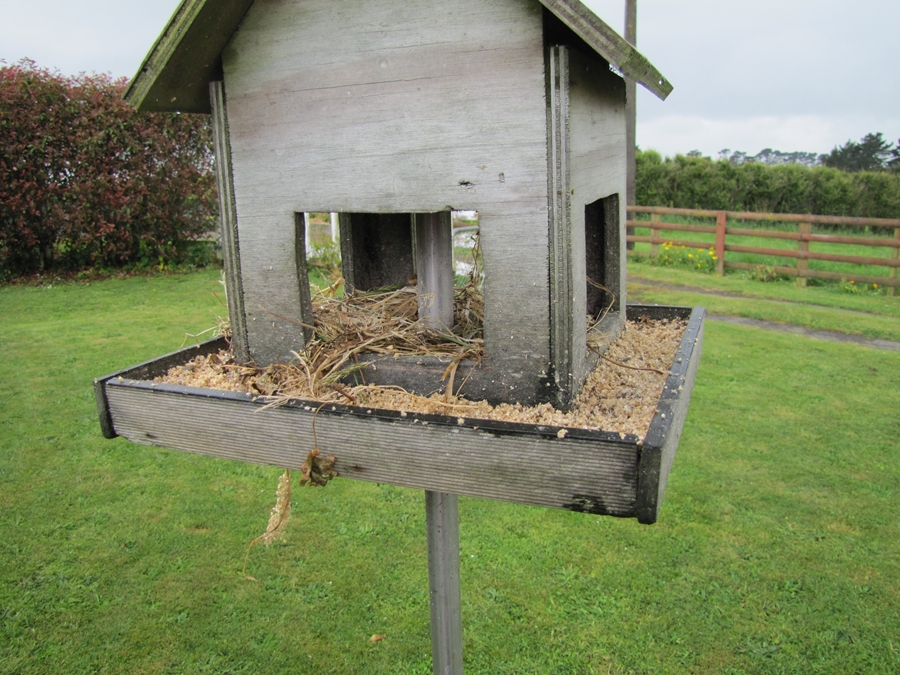 Hubby built this bird feeder years ago and a lot of birds have found a meal here. Apparently, we are too good at feeding them because, for the past two days, one bird has been trying to build a nest inside! I sure hate to disappoint them, but they're going to have to move out!
13 comments:

I've been told I have an old soul, but this is ridiculous

I admit that it's been quite a few years since I've had joint banking accounts before I got to New Zealand but yesterday made it seem more like centuries.

I felt old and out of place when I called two banks to see why they hadn't changed our address on our account. I mean, it's been five months since we moved. Hubby has stopped in twice that I know of to let them know but our statements were still going to the old address.

In an effort to get things straightened out, I called both banks. I was totally shocked by what I was told. The first thing that both ladies asked me was, 'Is this a joint account?' That should have been the tip-off, but my only thought was that they were making sure my name was on the account.

After all the security questions and after giving them the correct details, I was informed that they need both account holders to request a change of address.

This is the moment where I felt like I didn't belong in this century at all. I belong back in the time when the word of one person on the account was good enough to speak for both of the account-holders. It never occurred to me that they might think I was trying to pull a fast one on hubby. That's just not where my mind goes.

I don't know if I'm just behind the times or if my new homeland is so paranoid that they think they have to be super-cautious. Either way, I needed a cup of coffee and a nap after the experience.

Btw, one bank said they would send out a notice for Hubby to sign and return--just a formality, she said. I don't know how the other lady will explain it to her boss.


So I'm waiting to check this week's lottery numbers online, it's Saturday night and I'm pleasantly full of home-made pie. I'm sitting here in boardies and an old tee, looking out of the window at my lovely wife taking pictures of another glorious red sunset through the macrocarpas, with the cat following half a step behind her.
A thought occurred to me. Winning the lottery doesn't matter that much tonight. I have a great wife, a great home, and a great job. I'm winning already.