Years ago, long after I moved away, my mom swore that there had been an earthquake where she lived outside the Chicago area and it cracked the wall in the basement of their house. I found that hard to believe since I had lived there for over 20 years and never noticed any earthquakes, but I had no reason to think she was making it up. It really upset her and she mentioned that she could never live where that was an everyday occurance.

Well, I felt my first genuine earthquake a few months back. I was minding my own business, sitting on the couch when I could have sworn that Hubby had sneaked behind me and was shaking the couch with gusto! In actuality, he was outside and didn't notice anything amiss, but it was felt all across the north island and into the south island, too. I must say it was a bit disconcerting, especially when I remembered that he had told me there were major fault lines running through New Zealand. Of course, if I weren't such an anal thinker, I would have figured that out simply from the fact that there are several active volcanoes on both islands. Duh.

When we have a bit of free time, Hubby takes me to the beach. A lot. On two occasions, we noticed wedding parties shooting photos with the ocean in the background, which was really cool--even if we had already done that at our reception. We also noted that all of the bridesmaids were dressed in black and white, which was quite interesting--even if we had already done that, too. Maybe we started a trend.

I met my in-laws for the first time last March. They are quite nice folk and we got along well. They mentioned that they think Americans in America are really nice, contrary to the impression that travelling Americans give. They also mentioned something was a bit confusing in America I had never even given thought to before--that American money is all the same color. It wasn't until then that I realized that Hubby sometimes referred to New Zealand money by the color. 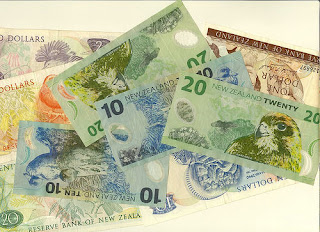 There is no one dollar bill anymore, though. Instead, there are one- and two-dollar coins.

I think I have notice a trend at KFC that would never be allowed to happen in America. In all the orders we have had, I don't recall seeing any parts but thighs and legs. Kinda makes ya wanna go "hmmmm". I suppose (in the name of research of course) I shall have to eat more KFC to make sure. I will keep you posted on the progress of my research. Oh, yes, they only serve 'original recipe' chicken here. If you want extra crispy, you're out of luck, except for a chicken fillet sandwich.

Another thing that is weird--what am I saying?!?! Most of the things here are weird!! Oops, sorry, I digress...
.
I find it strange that 'white out' is called 'twink' here. I guess I should google it to find out why, but I don't really feel like it now, since it's after 1am. Maybe I will do it later and give you an update, but don't hold your breath.
BTW, White Zinfindel and Long Island Tea are apparently prominently American. One lady said she had a LIT before , but it was in Japan.

edit: KFT goes back and forth serving just thighs and legs or all parts of the chicken.

Strange abbreviations and other things

You really have to listen to understand some of the words that are used here--well, actually, they are just truncated words. And, it's not just casual conversation, either. It's on office posters and ads and it sounds like Kiwis are just too lazy to finish the words!

Ute is a pickup truck.

Rego is registration for your car.

Addy is, of course, address.

Cuppa is a cup of. [Seeing it in print is much more obvious than hearing it in mid-sentence.]

Sickie is a sick day from work or school.

Wally is a clown.

Sparkie is an electrician.

Bach (pronounced: batch) is a vacation shack (short for bachelor).

'Sweet as' [or 'cool as', 'mean as', etc] means sweet (but they apparently forget what the comparsion is!)

Smoko is a smoke break.

Beetroot is sliced beets. [I guess that's just as correct as 'beets']

Mufti is one of the words that totally confused me when I heard it. Uniforms are worn in the public high schools here and occasionally they get to wear civvies when a club is raising money. It costs a dollar not to wear your uniform on mufti day.

Manchester.....any guesses on what that means? Yes, it's the name of a city, but what item in the store is named after it because it made it so well? It's bed linen.

You'd think English would be pretty much the same anywhere English is spoken, but you'd have to think again!
6 comments:

As I have mentioned before, I developed a liking of photography since my arrival in this strange and exciting place [pun intended]. The rest of the family has also taken up picture-taking (an apparent change from the former lifestyle) and we have a great array of really good photographs.

We have also had a bit of exchange with cameras--from trademe of course! I think everybody is happy at the moment with their choices.

Here are a few of my favorites of late. Of course, they will be subject to change in the course of time, and I will update when that occurs. I hope you like them! 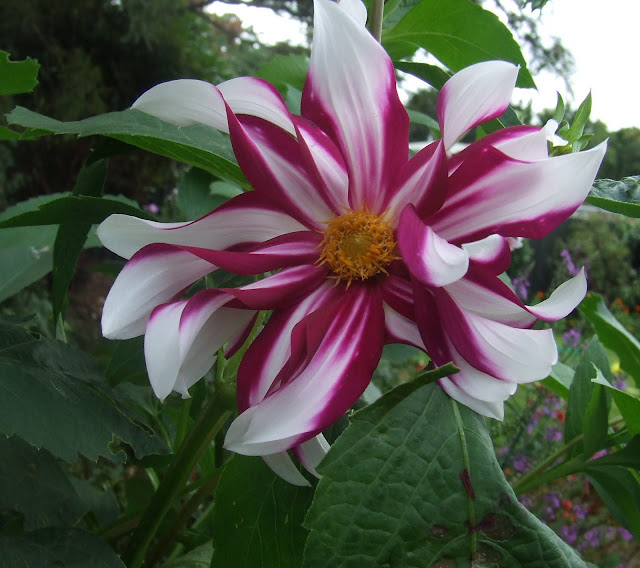 This is a mutant dahlia from our garden 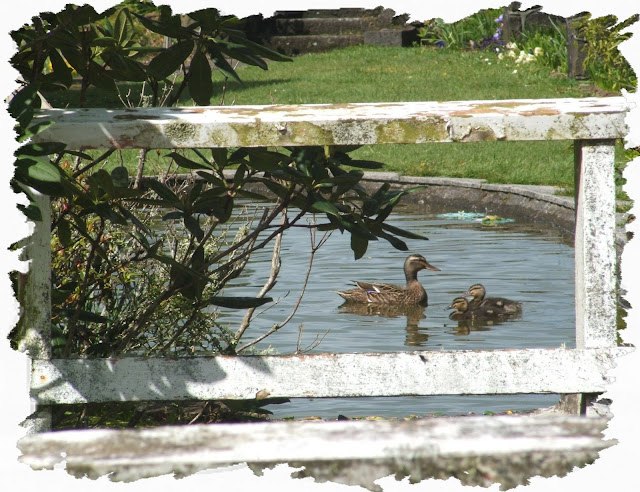 One of the last pictures of Ginger with her little ones 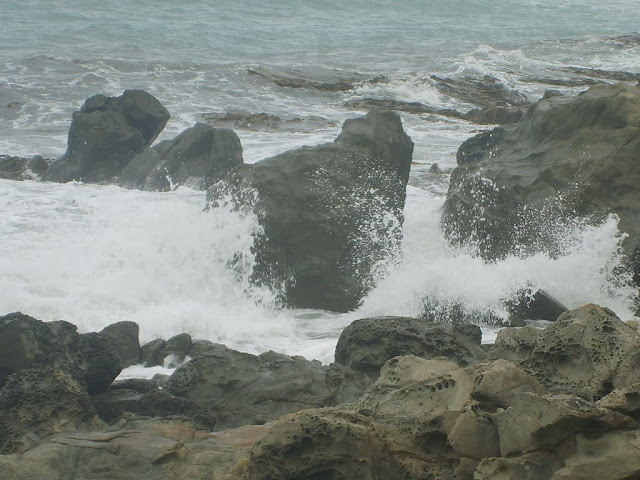 The ocean will always be a treat for me 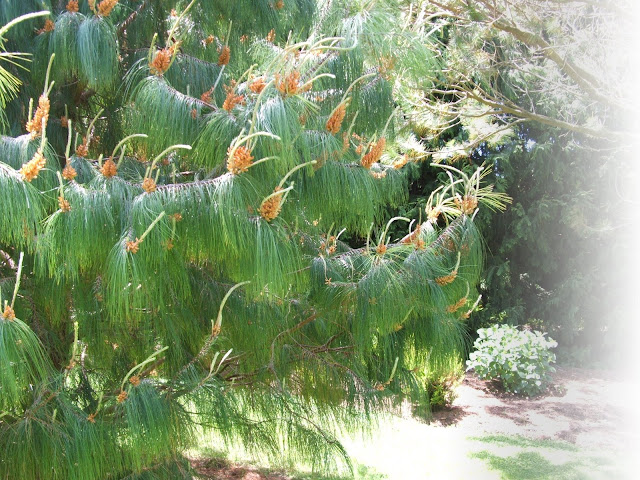 It never crossed my mind

I amuse myself a lot these days by doing things I never thought about before.

I had my little boring routine in Holton, Kansas, and it served me well since I had no one else in the house to worry about or work around. I cleaned when I wanted, I washed and dried my one or two loads of clothes each week, cooked and baked when I felt moved, slept as long as I desired. It was perfect for one person.

Today, I hung clothes out in the rain. The fact that I actually hang clothes on a huge, rotating station in the back garden ['yard' for you yankees] is something that never crossed my mind in Holton. I just put the clothes in the washer and then the dryer and then put them away like everybody else, I assume. But here, I rarely use the dryer--mostly because not much is that urgent to be dried plus the dryer is in the shed ['garage' for you yankees] because laundry rooms don't usually have outlets for dryers, so it's not exactly convenient. But, since I'm a lady of leisure now, I really don't mind hanging clothes out. The slower pace of life allows for the time it takes and they get that 'fresh' smell to them.

And now I shall explain why I'm not crazy because I hang clothes in the rain.

Rain here is much finer than any I have ever encountered in the States, whether it was Georgia or Kansas. It is so fine that, most of the time, it doesn't even make raindrop puddles in the pond or any sound at all on the plastic sunroom roof. The patio deck being wet is a dead give away, but sometimes, I only know it's raining because I look up at the trees and see it falling against the dark shades of the leaves and I'm amazed at how much rain is really falling without notice. So I find that, even with the rain coming down, the clothes will get dry in a few hours.

We do have stormy rain with pelting drops on the odd occasion, but that is usually at night. And thunderstorms are very rare here. I'm told it's all because of the mountain being between us and the ocean, but I will just take their word for that.
1 comment: