There are definite shortcomings to living in a very small country. Many companies (even those owned by the government) are true monopolies. Lack of competition keeps prices pretty high; for instance, the big milk products company, Fonterra, for which Hubby works, charges New Zealanders the same price as they charge for milk products they export.

We do have McDonalds, Burger King, KFC. I see tv ads for Target, so I assume they are in the big cities. I saw a K-Mart once in Palmerston North. There are a few other chain stores, all NZ owned, but very few opportunities to 'comparison shop' in our part of the country. As hard as it was to learn to do, I did figure out that I should buy something when I see it because there is no guarantee it will still be there next week. That goes for everything from cereal to a pair of scissors to garden seeds.

Recently, Missy's grandad died and we paid for her to fly back to Stratford from college uni the bottom of the South Island. The cost was not important for her to fly about 1440km or just over 700 miles, but we did inquire about bereavement fares.

Today we found out how much of a break we got with the reduced fare--a whole $70. Compared to the cost of the last-minute, full price fare, it hardly seemed worth the effort she put in to prove she had been to a funeral.


Sometimes, it's not an easy world to live in. It's times like this that I miss the American way of business.

Rules are everywhere. That's just how the world rolls. I like rules.

Face it, you have to have rules or there would be total anarchy everywhere. Most rules are reasonable. Some are simply for your safety. Many are just common sense but folks, nevertheless, need them written down.

Of course, there will always be those who don't like rules.  A few weeks ago, here in New Zealand, a jerky kid was suspended because he did not comply with the rules of his school that said his hair has to be above his collar. He decided he didn't want to cut his hair.

Now any responsible parent would sit him down and say, 'Look, kid, that's life. It's full of rules. Harden up, son,  and cut your hair.'  But did his parents do that? Noooo. They decided that he didn't have to abide by rules. So he didn't cut his hair. He got suspended. They went to court.

How pathetic is that?

And to make things worse, the ignorant courts told him that the school was WRONG to suspend him.  Now what sort  of message does that send to every student at his school and those around the country?

I do hope his irresponsible parents have given him a trust fund because I can't imagine him keeping a job for more than a few days. Those pesky rules will get in his way. 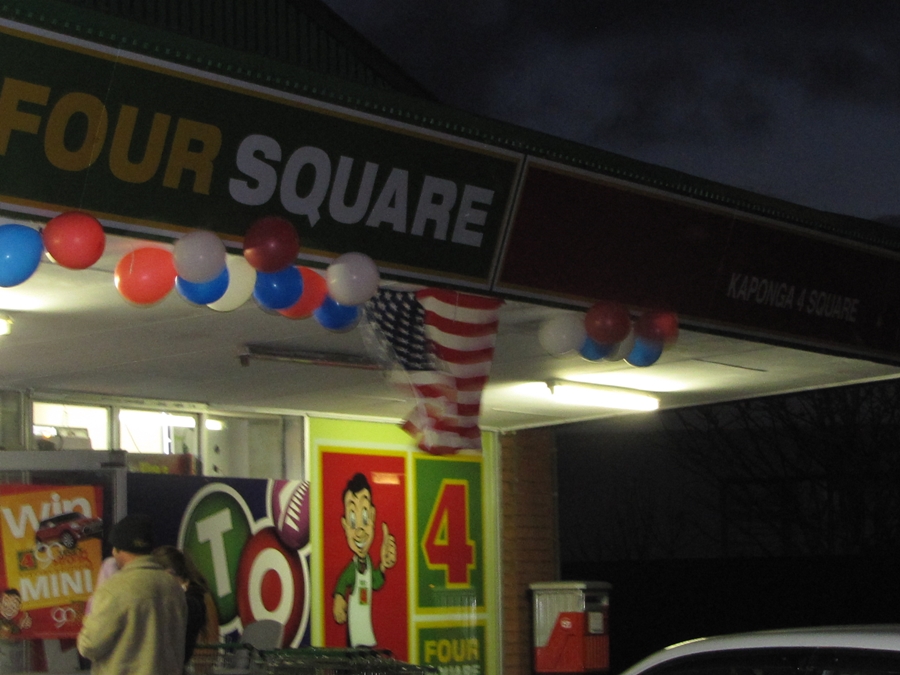 By the time you read this, I will have celebrated the Fourth of July and gone to bed. Yes, the tiny town of Kaponga, with a population of about 400, has an American Independence Day celebration each year.  As far as I know, I was the only American there, but they had lots of American cars and American music.

The temperature was 7C, which is about 44F (after all, it IS winter here) so we didn't stay long. I would have liked to see the fireworks, but not in the cold!

I'm hoping they might organize a weekend event next time so I can take some photos to share.