Legend of the Dogwood

We are in the midst of moving house so my time is limited
at the moment. Enjoy this bit of trivia. 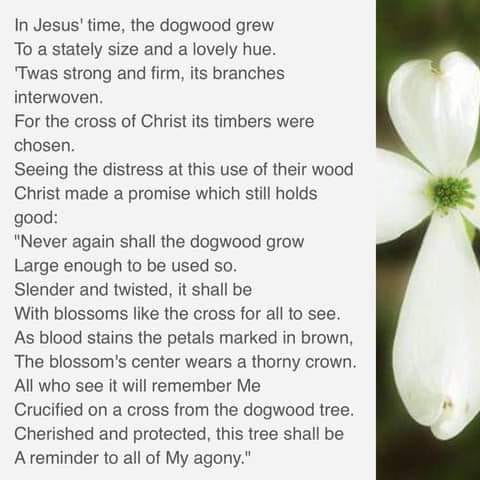 Join us at My Corner of the World each Wednesday!

Labels: legend of the dogwood 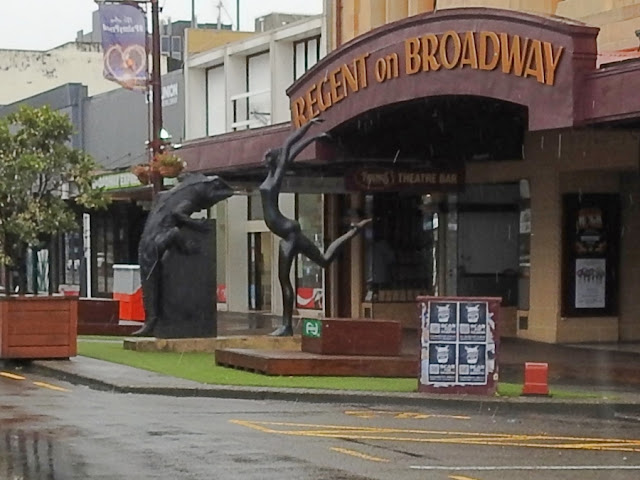 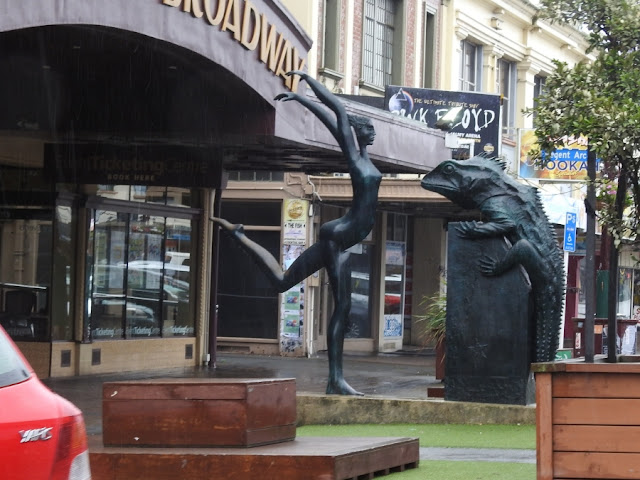 I posted a photo of this sculpture on my other blog without
explanation (click here to see that post).
But, I usually can't leave photos like that alone and did some research.
The sculpture is called 'Who's Afraid?' by local artist, Paul Dibble.

The "Who's Afraid" sculpture was unveiled outside the Regent Theatre in Broadway on 3 July 2011. It was the sixth work commissioned by the Palmerston North Public Sculpture Trust. It is by local artist, Paul Dibble.

The sculpture is in bronze of blue-green patina. The two contrasting pieces challenge each other, physically and metaphorically. The taller, the dancer, stands 3.5 metres. eying the 3 metre tall tuatara.

Paul Dibble said, "Because it's for the Regent Theatre, it's about drama, acting out emotions and feelings. I've called it Who's Afraid, but I'm not too sure if she's alarmed or trying to scare the tuatara. There is also a fair bit of joy in her and that's because theatre is about all those emotions."