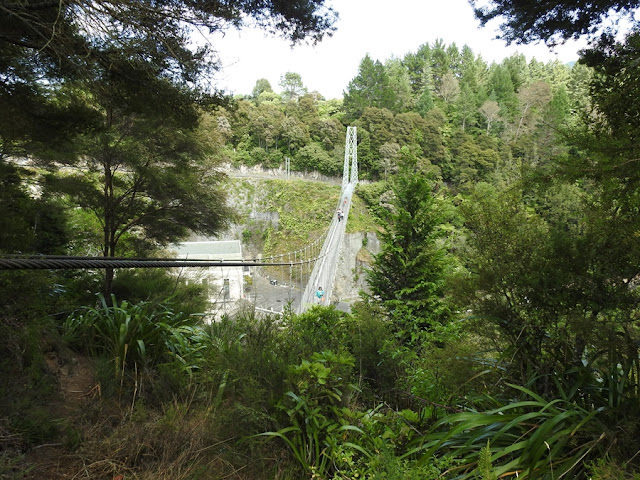 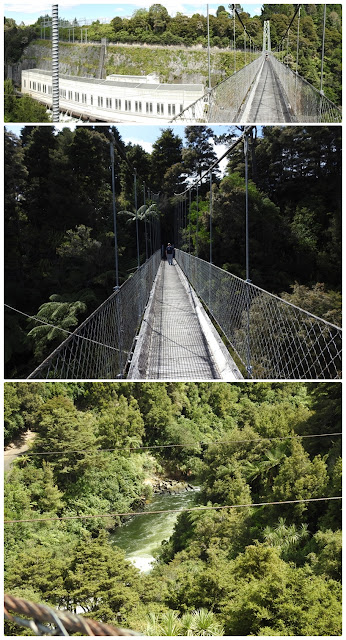 This is the Arapuni Swing Bridge that was built for workers' access during
the construction of the power station. 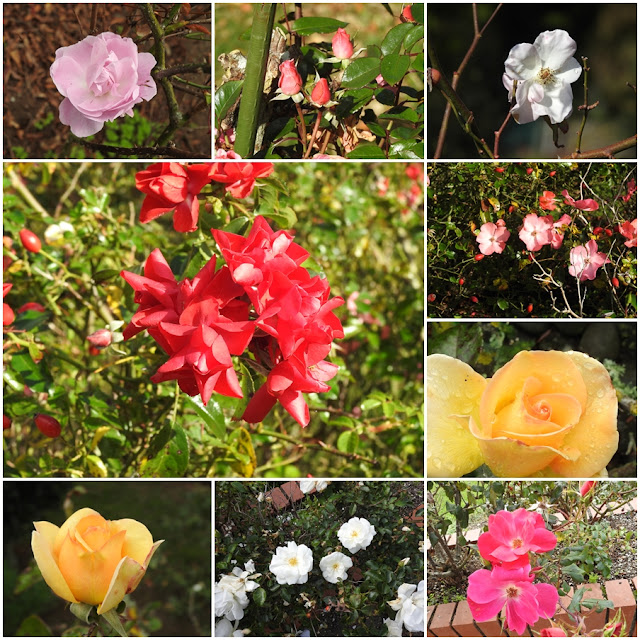 These are just a few of the roses that are still blooming
in our southern hemisphere autumn garden!
The photos were taken since we moved in less than 2 months ago.

Today, I decided to get out and count the roses.

It will be so delightful to see them bloom next spring/summer/autumn!

Outside of the hall at Te Kiri is a piece of art depicting the work of the pioneers in the area that we have passed many times. A few weeks ago, we stopped to capture its beauty. I can find nothing about it on the internet. Enjoy. 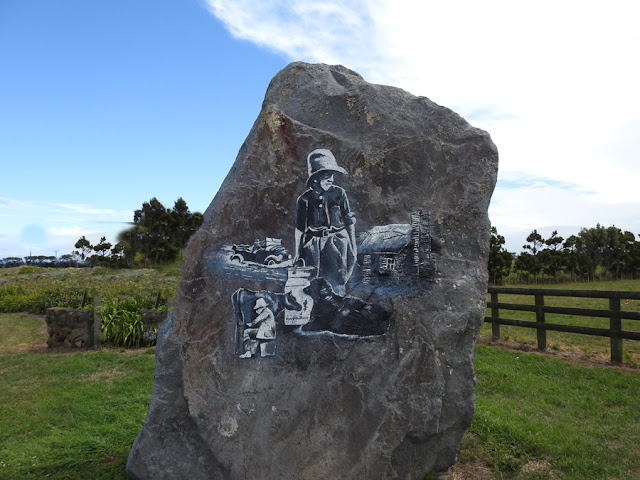 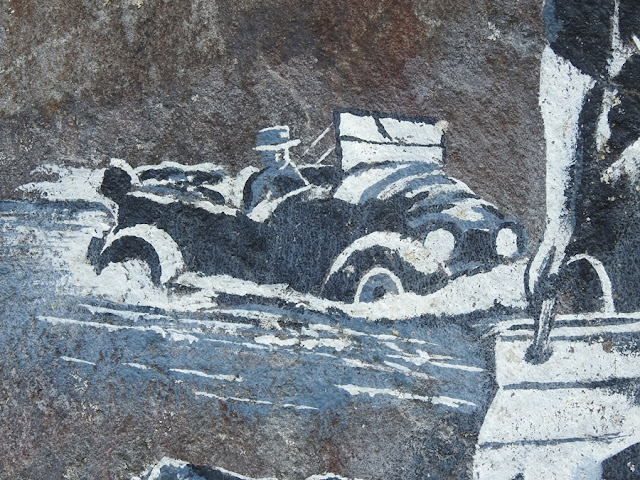 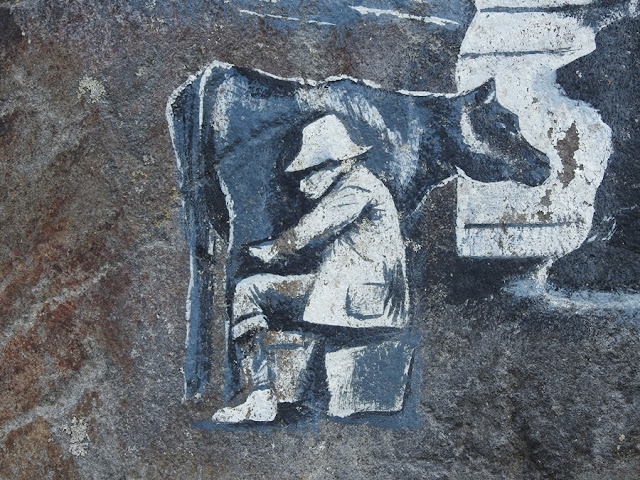 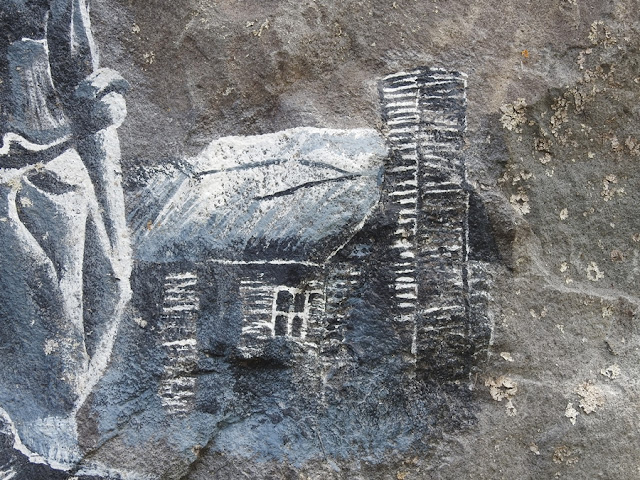 Side (away from the road) 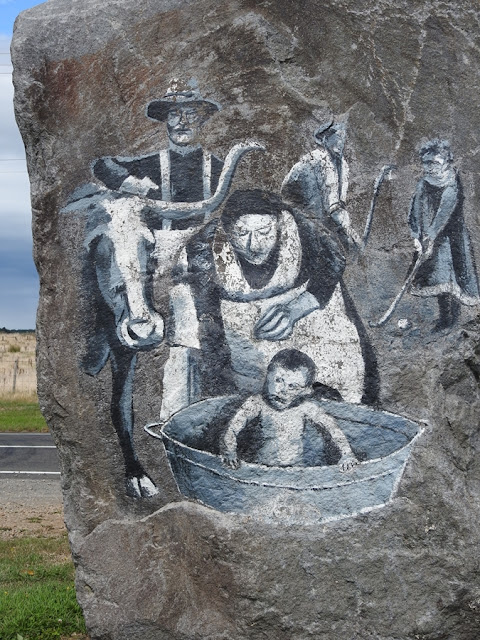 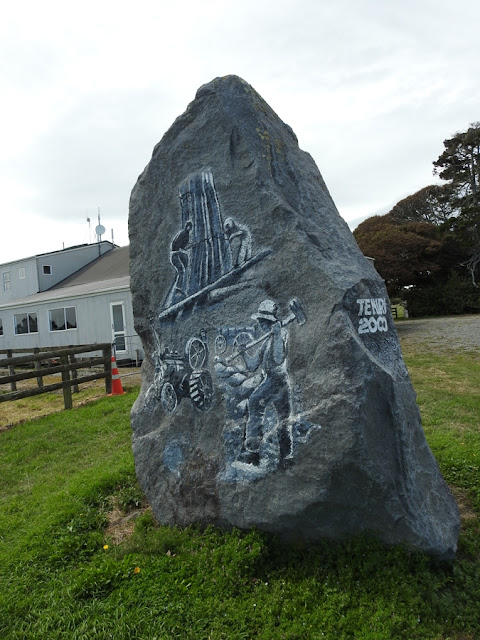 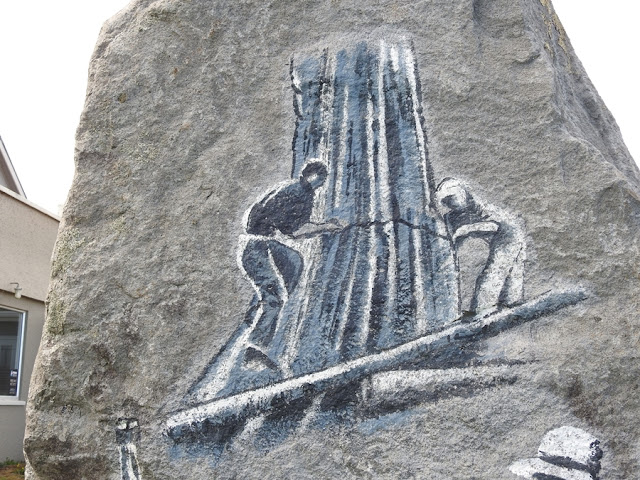 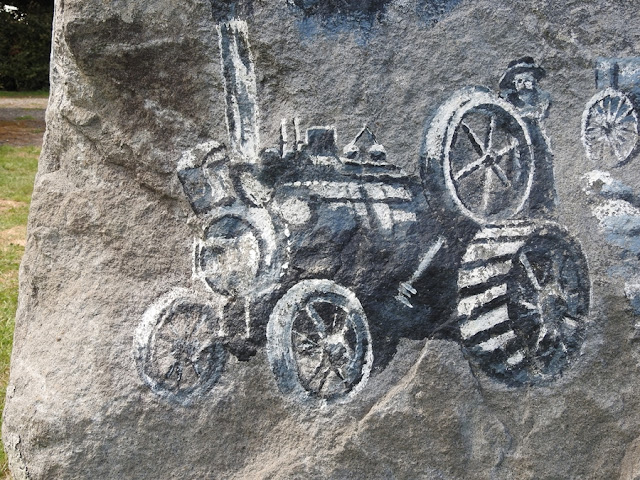 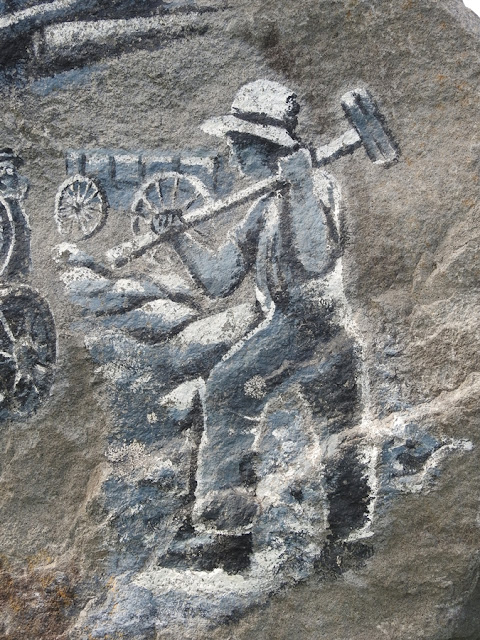 There's not much information about the town of Te Kiri itself
except  this bit that was written on 1908.

This short article on the Waimate Plain says a lot.

The Waimate plain, north-west of Hāwera on the southern ring plain, was once one of New Zealand’s most densely populated rural areas. There were small communities, often centred on a dairy factory or school, at nearly every intersection of the grid of roads in the area. However, Mākākā, Te Kiri, Awatuna, Riverlea, Auroa, Mangawhero, Mātapu, Ōtākeho, Ōeo and Mangatoki all but disappeared in the later 20th century. The district’s population fell sharply during this period – the population of Waimate West County dropped from 2,788 in 1951 to 1,944 in 1981. The closure of many schools in 2004 and 2005 was the final blow for many townships.
https://teara.govt.nz/en/taranaki-places/page-5
10 comments: