Hubby came up with another first for me over the weekend--a pig show!
Some were being shown and some were being sold.
They were in pens where you could touch them and they reacted like family pets;
they snorted when you petted them and squealed when you stopped
because they wanted more!
A couple of them fell over in ecstasy when you rubbed their backs!
It was nothing I had ever seen before! 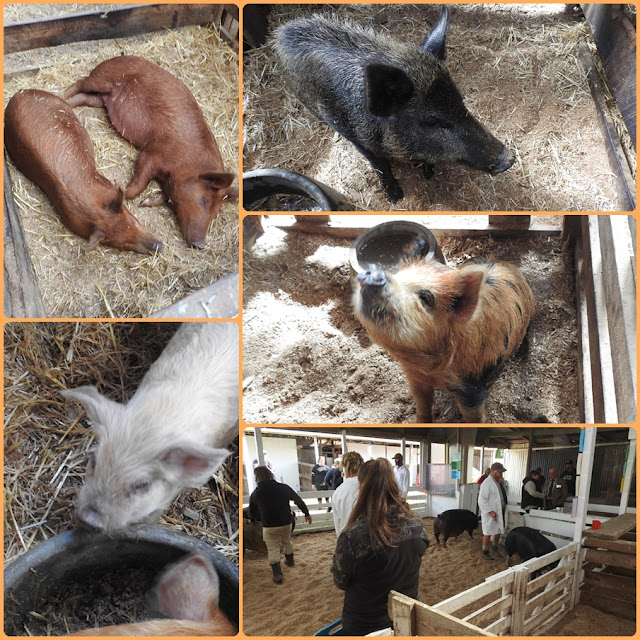 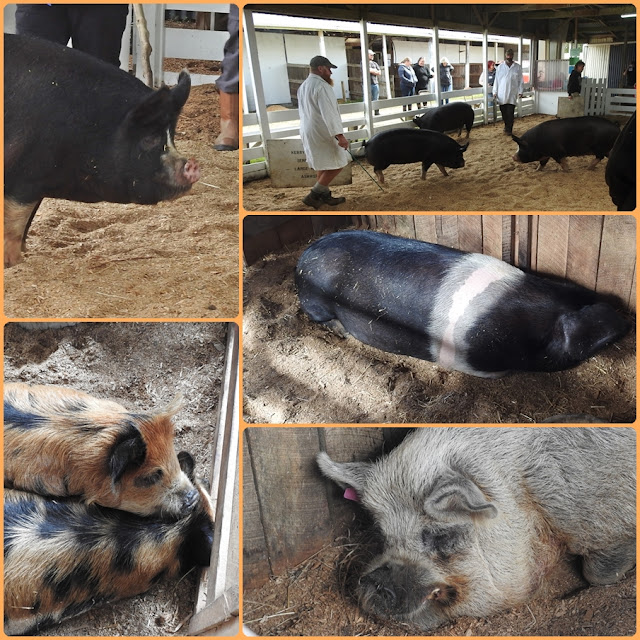