Slouching is bad for you

...because your cat will think you have become a place to sleep! 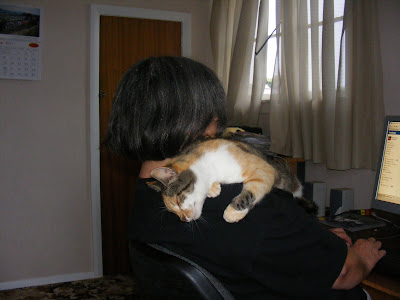 I'm not sure why or when she decided my right shoulder is a good place for a nap while I am at the computer, but it has become a regular stopover on her way to the inbox for a second nap. 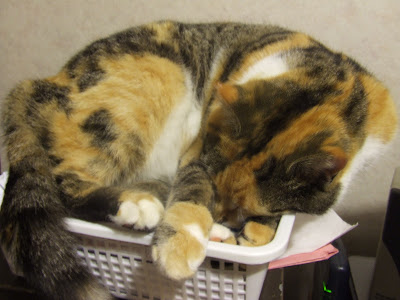 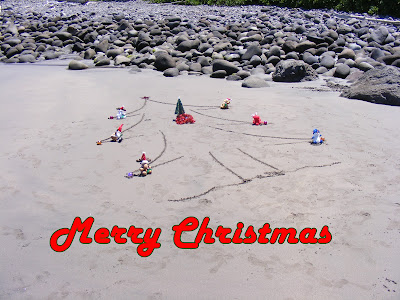 Even after five years in NZ, it still doesn't feel like Christmas without cold weather. I guess growing up outside of Chicago will ingrain that in you.

However, as hard as it is, I am willing to sacrifice snow and sleet and cold temperatures in favor of gardening and picnics on the beach and walks in the park on Christmas day :). It's great fun to see who gets bikes and skateboards and scooters for Christmas because they can actually be used the day you get them!

The only fear of electrocution and fire while putting up lights is if the sprinklers are not turned off and not snow getting into the wiring. But, I guess the down side is falling off the ladder onto the hard ground instead of soft snow.

I still giggle whenever I see Santa with shorts and he still seems a bit out of place sitting on a blanket on the sand and elves in bikinis are mind-boggling.

Since our move, Hubby has been gardening like crazy. Just because he can. So I thought I'd share a bit of Christmas sun and color with you--just in case you're covered up in snow. *trying very hard not to snicker*

Merry Christmas and a very Happy New Year to all my blogger buds! 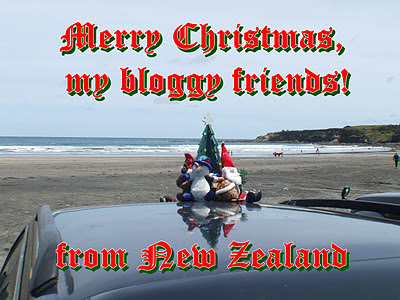 She turned me down

I just had an interesting chat with a Jehovah's Witness lady who comes around occasionally.

She is a very nice person to talk to--not demanding or one to pressure you--and we get along quite well. I know that we won't ever agree on any of the 'interpretations' that divide religious groups, but we do agree on the basics, that Jesus died for our sins and acceptance of that fact into you life leads to a better life after this one. In their case, it's not immediate, but eventual, but I digress.

Anyway, since we are both believers and since I am a huge advocate of prayer, it seemed like a good idea to invite her to start a regular prayer time for our city and it's citizens once a month or so. I have never actually invited her into my house until today so the past visits have been spent on the doorstep.

She came at the appointed time and I invited her in.

I was a bit expectant when I gave her my proposition to pray and she was duly impressed that I would offer her such an opportunity.

I'm not exactly sure why, even though I did ask her directly 'why?' but I think it's about the fact that she thought I prayed to Jesus and she prays to Jehovah....Personally, I think God is big enough to figure out the details if we pray together, but, oh, well.

I hope there will be a change of heart for her. I will let you know if there is. It would certainly be the beginning of some good things for our city.
2 comments: 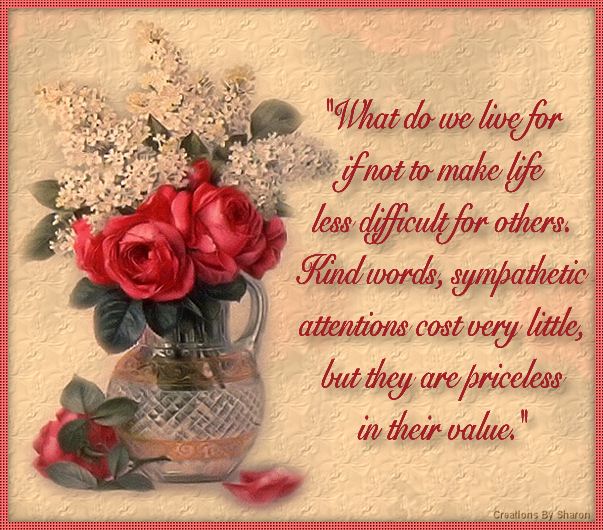 We got this letter in the mail today from Otterboy's school. 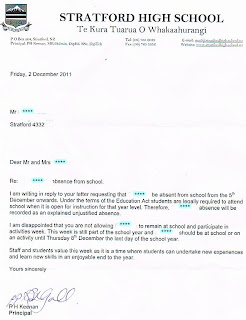 "Dear Mr and Mrs ***,
Re: Otterboy's absence from school

I am writing in reply to your letter requesting that Otterboy be absent from school from the 5th December onwards. Under the terms of the Education act students are legally required to attend school when it is open for instruction for that year level. Therefore, Otterboy's absence will be recorded as an explained unjustified absence.

Staff and students value this week as it is a time where students can undertake new experiences and learn new skills  in an enjoyable end to the year.

(All lack of punctuation is in the original letter)

Doesn't that sound so very concerned and caring?!

Well, this is the same man that sent Otterboy home four hours after an incident because he thought Otterboy might do something to another boy at lunch. In reality, if he had bothered to talk to Otterboy before his being sent home, he would have known that both boys had forgotten about the incident and gone on with life. This isn't teaching students how to deal with conflict if they don't actually deal with it. So they learn to never confront any situation and then expect the world to right itself, I guess.

This is the same man that had Otterboy sent home because a teacher "thought he looked angry". What 15 year old boy doesn't look angry!

This is the same school that showed 'R' rated movies to 14 and 15 year olds last year during 'activities week' without any parental consent.  Apparently, we don't have the right to know what they are showing our kids at school, but they sure better show up!

Activities week, in my opinion, is just another week that is wasted by the school. They are only 'in school'  because the school requires to have the kids in class. That's why Otterboy didn't want to go, and we certainly couldn't blame him. And that's why he's not in school. So sue us. At least, we know where he is and what he's watching.

What a great act of vandelism Teddy bears are turning up all over New Plymouth in a spate of "bearable art" graffiti attacks that have city residents baffled.
In the past seven days, cute and cuddly bears have appeared overnight at Puke Ariki, Huatoki Plaza, Govett-Brewster Art Gallery and the New Plymouth District Council offices.
Despite knowing it would be no picnic, the Taranaki Daily News launched an investigation into strange but heart-warming activity and quickly found two women who had witnessed a "bear bombing" event near the Govett-Brewster Art Gallery.
"We had been trying to find out who it was before this and we were working here late one night and saw her tying bears to the trees outside," Kirsten Peterson said.
"She just said she was doing it to make people smile. She said she was going to keep going until Christmas. She said: all I am going to tell you is that it is bearable art," Hannah Whiteman said.
The teddy artist was thought to be in her 40s, drove a large van and had not been happy about being discovered, Ms Whiteman said.
New Plymouth is thought to be the first city in the world to experience "bearable art", though it is not the first time art has been brought to the streets by people who would prefer remain anonymous.
In May, Mikaere Gardiner was outed as the man behind Eno, the artist responsible for dozens of pictures pasted up around the city.
He has since gone on to some renown and the works he once gave away for free now attract a healthy price tag.
Knitted jumpers and scarves have also appeared on parking meters, street signs and other city implements from time to time in woolly attacks known as Guerrilla Knitting.
Regardless of its benefits, all such "art" is the modification of public property without permission and therefore classified as vandalism by the New Plymouth District Council.
Its policy is to remove graffiti within 24 hours of being notified.