I couldn't afford to smoke in NZ!

I have blogged about the differences I have found between NZ and the US many times. You can click on 'cultural differences' in my label cloud on the side to read them at your leisure. Sometimes, I'm torn between thinking the NZ government is good or bad with its decisions about health and the environment in general. But, I'm sure they mean well.

Before I moved to NZ, I smoked. Mostly just out of boredom, I think. There were no thoughts of 'You have to have a cigarette. Now. Go. Light up. NOW!' sort of thing. Sometimes, I would go for hours and hours until my brain would finally say, 'You've been reading that book for 4 hours. Get up and walk around. Yeah, having a cigarette might be an option. But go get a sandwich first'.

While we were conversing long distance, Hubby suggested that he would be happy if I didn't  smoke in NZ. No pressure. And, I realized it would be the perfect time to quit. Changing environments is always a good time to change habits, too.

So I had my last one before leaving for the airport on July 4, 2006. They cost $3 a pack. Never thought about them again until many days after I landed. And, now I'm glad that I was more than a bit afraid of driving on the 'wrong' side of the road--so I didn't get the chance to drive down to the gas  petrol station and pick up a pack. At that time, they were $12 for a generic pack of 25. Yes, I was certainly glad I quit.

And now I am even happier about my decision because the NZ government just passed a law to help smokers stop abusing themselves. They make no bones about the fact that the price of tobacco is going to 'skyrocket' to 'help' Kiwis stop smoking. I'm not sure of actual legal plans, since the reporting here is less than direct...but I digress..

The gist of the matter is that cigarettes will be taxed to death (no pun intended) over the next decade or so to put the price out of sight for smokers.

But it's all for their own good.

That's what 'they' say, anyway.

Until this week, the weather has been quite changeable--so much so that the lemon tree has blooms as does the apple tree and my strawberries. They don't know it's not spring.  One day it's rainy, the next it's beautiful.

I know in my head that winter is coming and I think my brain automatically goes into Chicago winter mode  even though I haven't been through a Chicago winter in over 30 years [I was raised just across the state line in Whiting, IN but most people don't know where Indiana is]. My mind still goes straight to frost on the inside of the windows because the furnace can't keep up, even though it runs 24/7. Brr.

When it does actually get cold here, it's very rarely below 0 degrees F. Hubby teases me when it gets into minus degrees in Celsius but my  I have to stop and tell myself it's not as cold as it sounds, it's not Fahrenheit.

I guess the fact that there is no central heating in homes here doesn't help. We heat the bedroom with an electric heater and I use an electric blanket (the kind that you put under the sheet) so that I can sleep at night; but turning on the electric heaters in the rest of the house when I get up and waiting for the heat is not my ideal way to start the day.

But, it is what it is.Yes, we all live without central heat. And without central air. And without insulation. (The building industry here has only been required to use insulation since 2000). That sounds so terribly archaic but, on the bright side, it doesn't snow very often so I don't have to worry about shovelling snow or driving in slush. And, most days--even in winter--the sky is blue, the air is clean. And I know winter is not forever.
4 comments:

At least, we're on the green side of the grass! 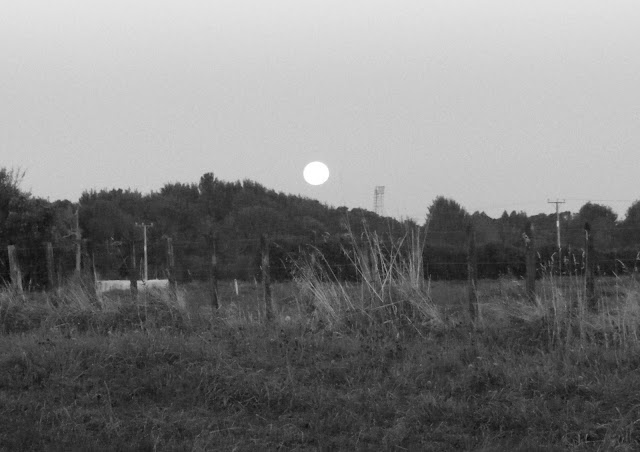 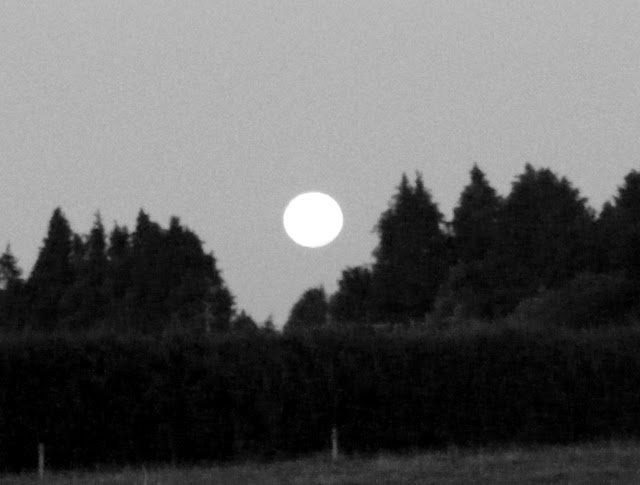 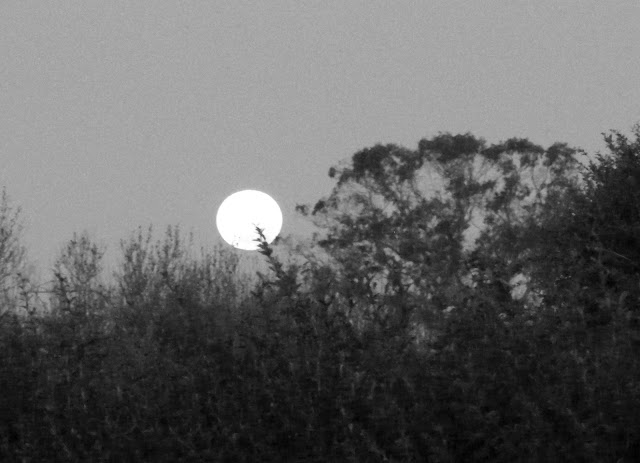 Weekend in Black and White
4 comments: 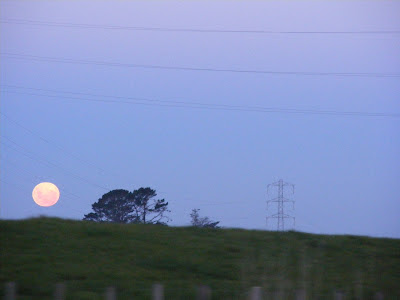 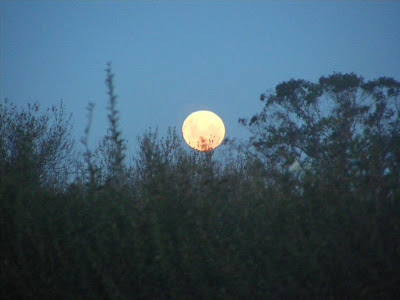 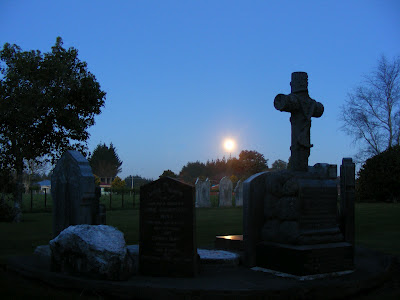 Photos by Hubby and me of the Super Moon on May 6th.
2 comments:

what I learned at the zoo 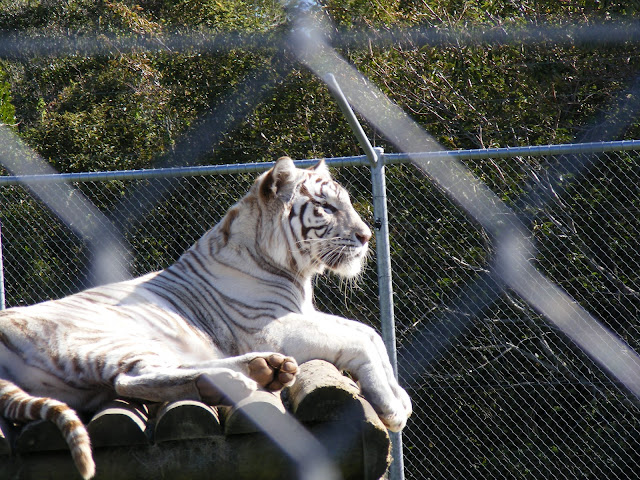 At Pouakai Zoo, outside New Plymouth, there are three white Bengal tigers. We learned a lot from their keeper while we spoke at feeding time.

As beautiful as they are with their white and black coats and glimmering blue eyes, we discovered that they are purposefully inbred to get that way.

Sadly, their organs are severely damaged from inbreeding. They have to be fed often to keep their weight on, even though they will eat anything that is fed to them. Their beautiful eyes are crossed and badly developed with poor eyesight and no peripheral vision at all.

Their brains are not developed, either. Unlike 'normal' cats, these will defecate and urinate in their drinking water. And they still shock themselves on the electric fence up to 20 times a day.

Maybe it's fortunate that they only live about 7 years as opposed to normal Bengal tigers who live up to 30 years in captivity.

These gorgeous but sad animals are banned in NZ and there are only 6 left here. After they are gone, there will be no more in NZ.

Now you know the truth.
5 comments: