Nancy Wake was born in New Zealand and was the most decorated servicewoman of WWII. A notorious spy, she was born August 30, 1912.

With a roar that makes both her name and nickname seem quaintly ironic this is Nancy at 89: "Somebody once asked me, 'Have you ever been afraid?' ... Hah! I've never been afraid in my life." The Sunday Times (South Africa) describes her as a real-life Charlotte Gray "whose exploits with the French Resistance make Sebastian Faulks's fictional Charlotte Gray - read like an Enid Blyton girls' school frolic."


You can read more here...http://www.nzedge.com/heroes/wake.html

Click here to see her book, 'The White Mouse'.

I guess guilt was his downfall

Here in NZ, 'boy racers' are those young, disrespectful punks that have loud engines and leave tire marks on the road at all hours of the day or night--mostly, night.

And, in just about every neighborhood, there is one house that has one boy racer associated with it. Ours is no different. That house is the one that has cars parked all over the yard garden with little kids' toys strewn about.

Most of the time there is no problems between neighbors, but on weekends, there is an extra car that shows up and, upon its departure, drives around the block with its loud muffler, spinning tires and being annoying in the wee hours of the morning. I just put up with being awakened now and then, thinking there wasn't much to be done.

I had an idea.

I figured anything was worth a shot, so I went with it. I would let them think I was taking pictures of this particular car and then let them assume whatever they liked about what would happen with said pictures.

So, the next weekend, I waited until I heard a noisy car stop at 'that' house and then I stood on the porch front sun room and pointed my camera their way and let the flash go off several times, making sure they saw it as they 'worked' on the engine. Then I waited until the car drove past my house and made sure the flash went off a few more times as they went by.

The pictures were quite blurry and certainly didn't show any distinguishing details, but they apparently did the trick.

I haven't heard that loud car at any wee hours since. I guess guilt on their part worked to my definite advantage.

The real story behind Curiosity photos 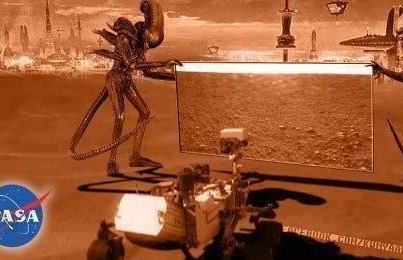 Tips from a cult

I don't usually watch or even listen to Dr Oz on tv. His followers remind me of a cult and it creeps me out.

But, today I had it on in the background and heard some shopping tips that were interesting.

Most of the information from his guest makes sense and was enlightening. But the one thing that caught my interest is the 'fact' that those who shop in a clock-wise movement spend less money. Hmmm.Who knew? (Besides, of course, the researchers who make a living finding out these things.)

Of course, we don't get the newest of any programs here, so I don't know when this show aired, but I found the 'facts' online at Dr Oz Fans dated April 2.
You can read the rest of the list by clicking this link.

The first eruption in over 100 years at Mt Tongariro may spark months, weeks or even years of volcanic activity - but poses no immediate risk to the community.
Mt Tongariro rumbled into life at 11.50pm last night, sending ash and rock a kilometre into the air and across roads, prompting a potential threat warning for central North Island regions.
The "small scale" eruption was a total surprise, GNS volcanologist Michael Rosenberg said.
It threw rocks and spewed ash from the Te Mari craters, near Ketetahi hot springs, on the northern side of the mountain, GNS Science said.
Five to 15 milimetres of ash blanketed nearby properties.

Both Grace (on the left) and Wheelie think my right shoulder is the best place in the universe to sleep. And I have learned how to lean so that the cat doesn't fall off and I can still type with both hands.

Now that Wheelie is getting bigger and braver, they don't fight and actually try to share my right shoulder. There's not enough room, of course, so the second arrival tries to make the left shoulder home. It never works. 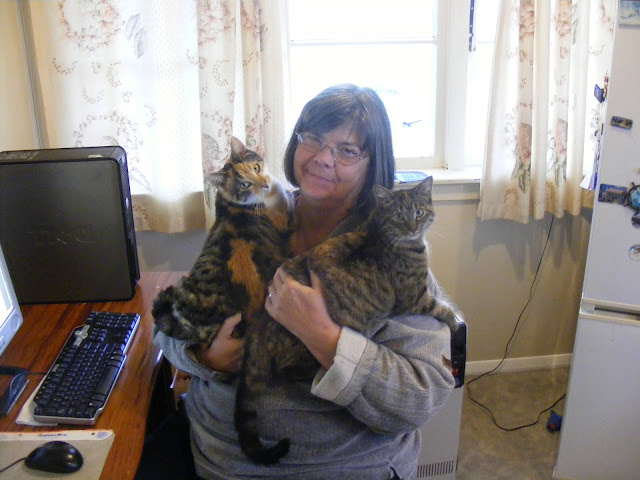 And if the shoulder isn't available, any other part of me is optional. Apparently. 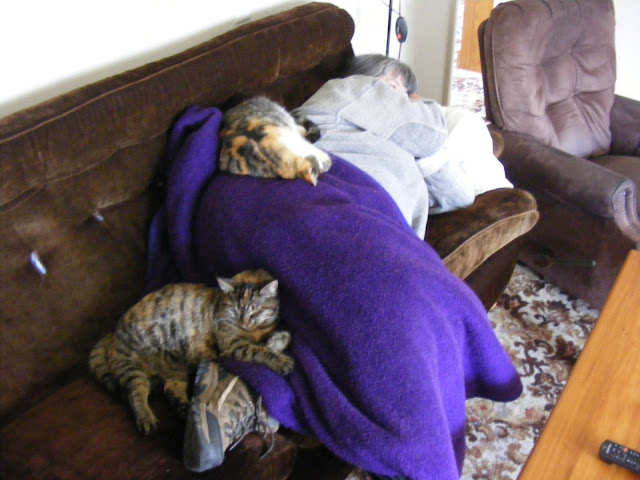