Our little trip had an interesting last night. We had been out wandering around all day and it was getting dark when we started back to our room. We decided to have a leisurely fish and chips dinner from the park's restaurant, which was across the road from our room, adjacent to the conference room. That way, we could settle in early for our drive home the following day.

Since Kennedy Park is on a quiet side street, we were surprised to see a police car backed into one of the visitor's spaces just outside the gate. Hmmm. We turned into the entrance and it got spookier. There was a BIG guy with a bullet-proof vest standing at the automatic gate, looking inside each car that entered. We decided that somebody had to have been attacked by a gang or something!

As we crept along, we saw an ambulance backed into a parking space and lots of people walking around in uniforms. What was going on???

We looked down the street where we should turn to get to our room and it was filled with vested police wandering about talking to each other and, apparently, people who worked there. So we drove down to the next street and saw that the conference room entrance was also covered by official-looking people. Weird.

Since the restaurant was connected to the conference room, we concluded that fish and chips from there was probably not an option, so we went into the room to get a cup of coffee and make other plans, all the while very curious about the hub-bub outside.

Hubby decided that we were out of milk for our coffee so he could go to the office and ask what was happening. He got the milk but the receptionist wouldn't tell him anything. So he decided to see what the internet had to say (he's clever like that!) and paid $1 for 7 minutes of internet. Yes, you read that right, a dollar for seven minutes on the internet! [Note to self: buy laptop for next trip!]

He found out that the Israeli ambassador was making a speech there. Of course, since the city owned the recreational park, it made perfect sense that it was the venue for a visiting dignitary, but it certainly interrupted our dinner plans!

We went back to town and got fish and chips from a take-away place and headed back to the room. Apparently, the police and the ambulance were not necessary for the night and we headed out the next morning from the quiet of an off-season holiday park.

part 2 of our road trip to Napier

When we travel, we consider accommodations just a place to rest. We don't have to have anything fancy, but then, we don't camp, either, so something in the middle suits us quite well. In Napier, we stayed at Kennedy Park. It's a huge place that has all sorts of accommodations. They have camping spaces, spaces for campers, motel rooms, self-contained units--anything you could want--with swimming pools and play spaces for the kids, a restaurant and a conference room and other stuff and still a nicely-kept and quiet spot to stay. It is owned by the district council and does quite a business all year round.

The first night, we were both asleep early and up early the next morning. After a stroll on the beach, we went to the Napier Aquarium. We watched the little blue penguins being fed then wandered around the exhibits of koi, seahorses, some reptiles and turtles, alligators, eels, and other things. They have a glass tunnel where you can see sharks and eels and other fish swim overhead. Then we watched a diver feed the fish in the big tank. The diver played to the kids at the front but kept the adults' attention, too.

Even on 'aquarium'  setting, my photos didn't come out too well, but here are a few I took. 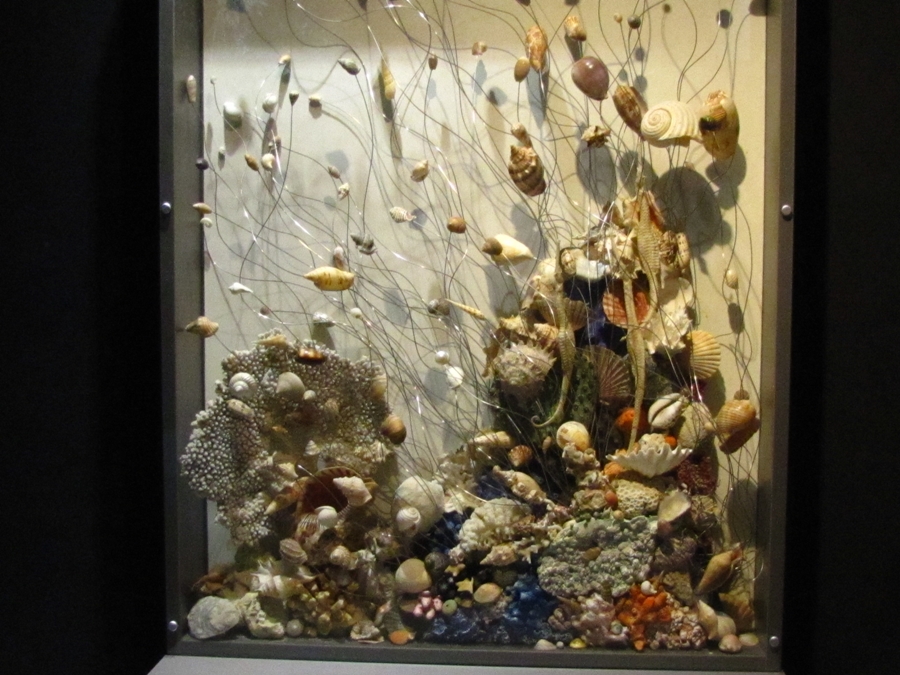 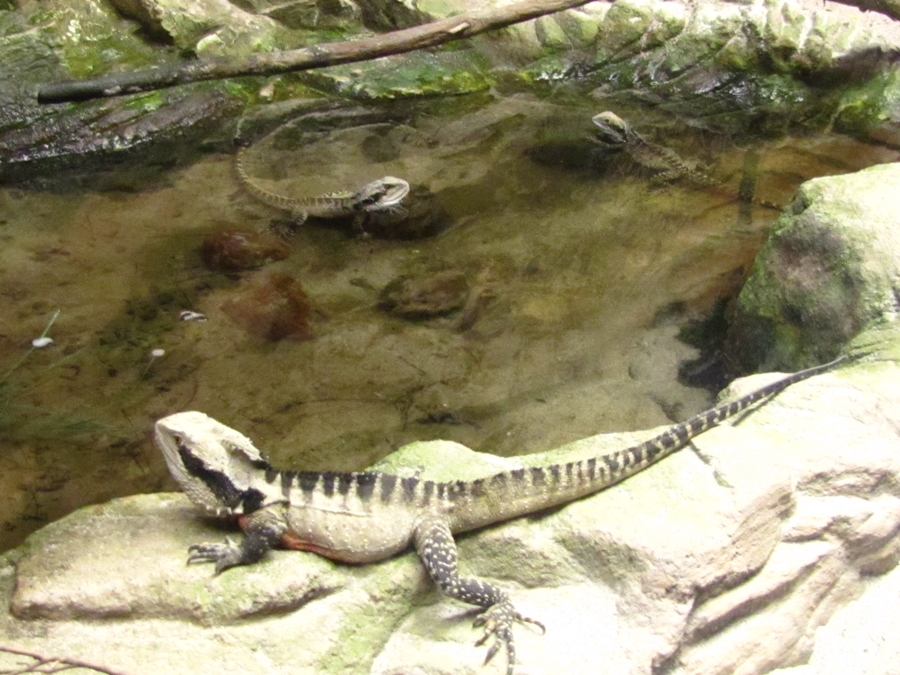 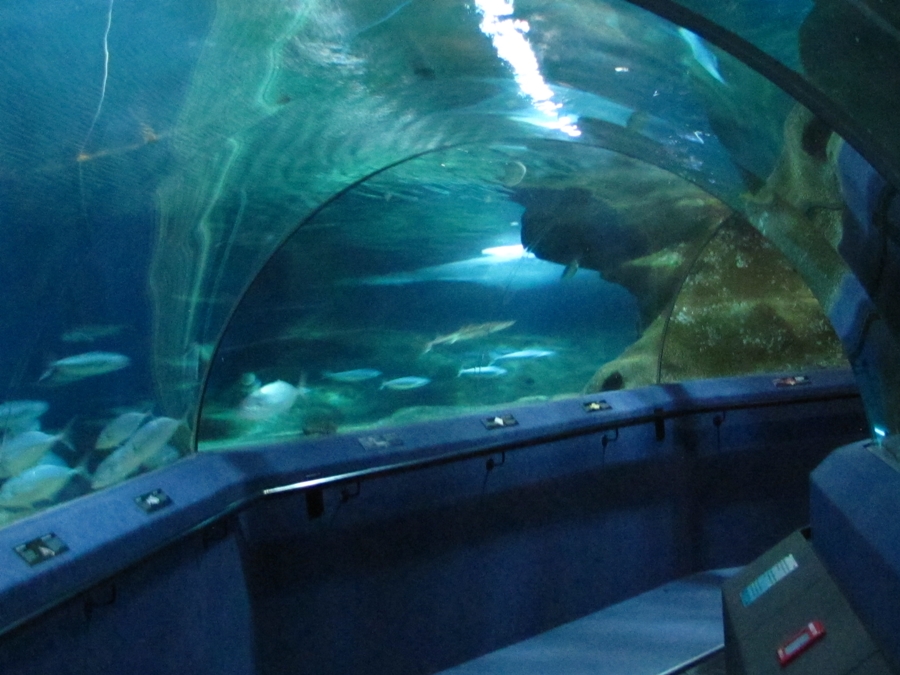 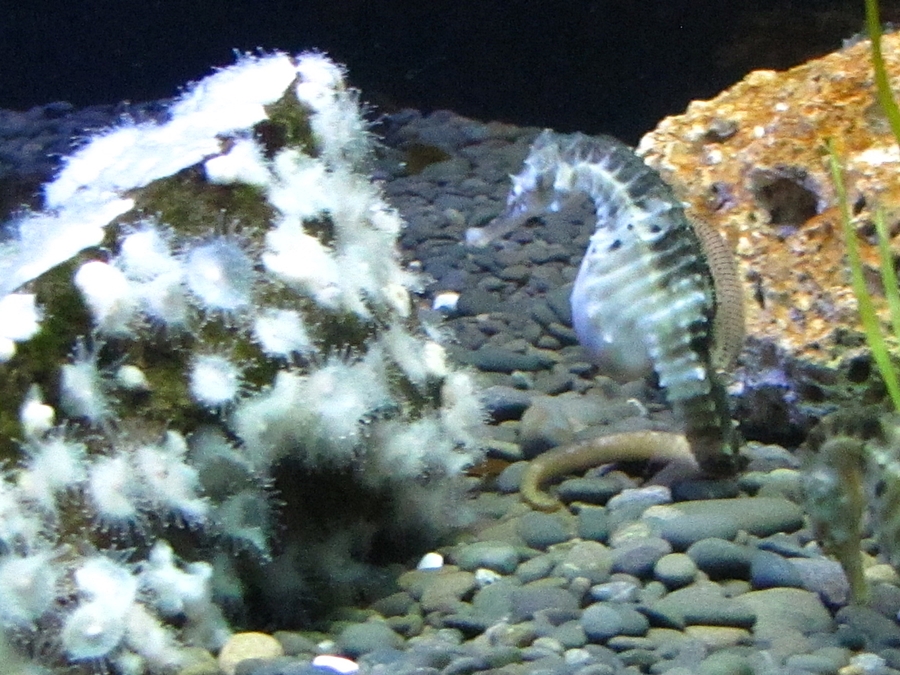 After the aquarium, we found this wonderful bakery to have some breakfast. I had never heard of this chain of bakeries--but then, I live in Taranaki where there isn't much of anything except cow paddocks, but I digress. They had so many choices from sandwiches to cakes to custard squares. If you get a chance to visit Heaven's Bakery, by all means, do! 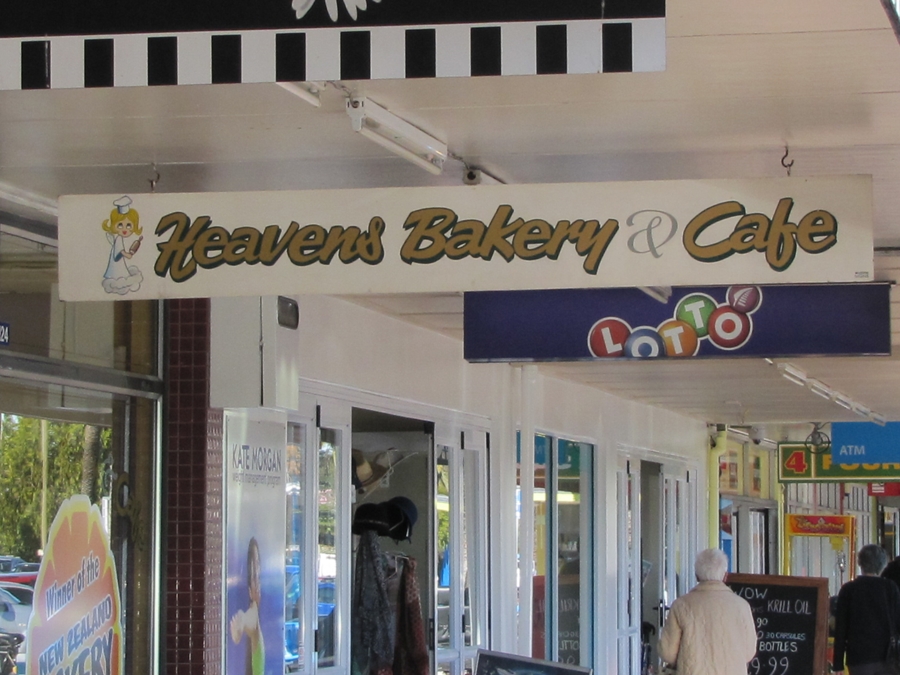 part 1 of our road trip to Napier

I think I prefer short trips of a couple of days better than a week-long vacation holiday most of the time. Hubby is awesome at planning the basics of our trips. He makes sure we get there on time and have a place to sleep. And he always has some places to visit up his sleeve along with some alternatives in case of bad weather. He's a good planner :)

Since it's winter here in our hemisphere, things are a bit slower than usual and that's fine with us, since we don't like to deal with crowds or lots of traffic. But that doesn't mean there's nothing to see!

We stopped at Owlcatraz Bird and Wildlife Park in Shannon on our way to Napier. There wasn't much going on but we were greeted by Joey who is 17 years old. He took quite a shine to Hubby! 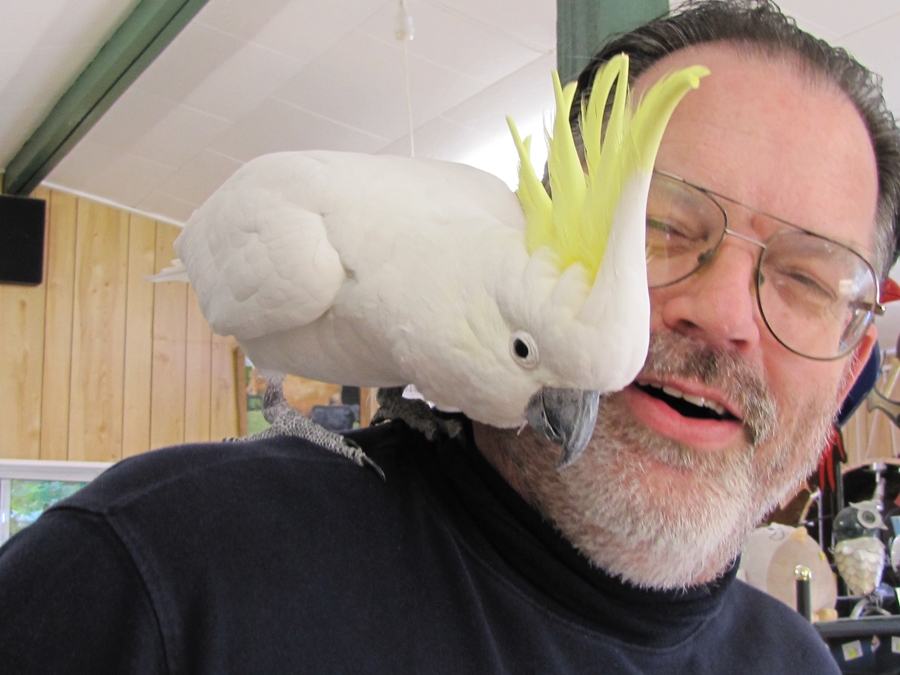 We also got to see 6 of our only native owls--called Ruru in Maori and generally called Moreporks because somebody said that's what their call sounded like they were saying.  These are their names. They are 3 pairs of owls that mate for life. 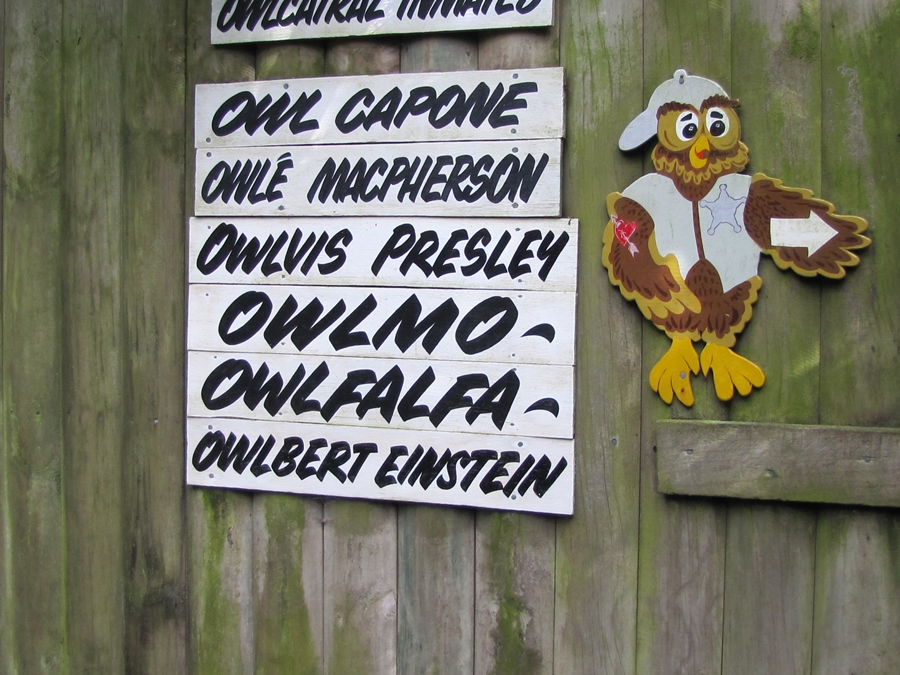 After seeing the captive birds in their enclosure, the owner told us that a wild ruru had been hanging around and she found it sleeping in a tree! Hubby took some great photos of him/her and I will post them on my photoblog sometime soon.


Click here if you want to find out more about rurus.
8 comments: