Another down side of the internet

This is a rant about online reviews, so if you don't want to read it, I probably wouldn't blame you!

For the last few years, Hubby and I have spent a week with my sweet MIL somewhere that Hubby has thoroughly researched for great things to see. He's good at that!

He also finds us a great place to stay for the week online--a house/cabin/bach with no neighbors that is privately owned. The owners usually meet us to show us around and, I'm sure, after determining we probably won't do any damage, we don't see them again.

This year he found a place on Homaway and the owner was a bit different. She went out of her way to not meet us and only communicate with texts. Kinda weird, but the house was pretty nice.

She had a book of things she preferred (that they all have) which was not hard to follow; however, the one that said to only use the vacuum cleaner on large messes, as she likes to vacuum, was a bit bizarre, but, OK, we have paid well to rent her house, so we did as she asked.

Of course, being three mature adults, we respected her property, followed the 'rules' and cleaned up after ourselves. I mean, what else could she want? It's pretty much like renting any motel room that you use.

Well, as with anything online, you are always encouraged to leave a review, which we did--rather glowingly, as we were all happy with the house.

But...
on this particular site, the owner rates you after you leave with just a rating of 1-5 with no explanations.

Now, I'm not sure if I was more thoroughly annoyed that this site rated us in the first place or that she said we didn't clean up or follow her rules!!

We were, of course, left to our own imagination of what we did 'wrong'. I just wanted to email her that we were paying customers and she should be happy we didn't burn it down, much less leave it in good order, but I didn't.

I was not a happy camper,

I found that Homaway owns BookABach, which has a Facebook page, so I let them have it, as nicely as I could. Whoever answered my post seemed genuinely concerned that I wasn't happy with the rating system and suggested that I contact the parent company with my 'concerns' along with booking numbers and other info that I didn't have at the moment.

I was waiting for Hubby to find the info before continuing the discussion with the parent company, but before I could, they sent Hubby a very condescending email that basically said, 'You don't like our system, too bad.' My original FB post at BookABach was deleted and....

well, I guess, we won't ever be using them again! Homeaway apparently doesn't need repeat business.

A very sad day in the history of New Zealand, a train disaster on Christmas Eve occurred when volcanic lava flow crashed into the railway bridge at Tangiwai.  The stones on the monument, I've been told, are a Maori custom of bringing a piece of  'home' to the spirits of the dead so they don't feel alone. 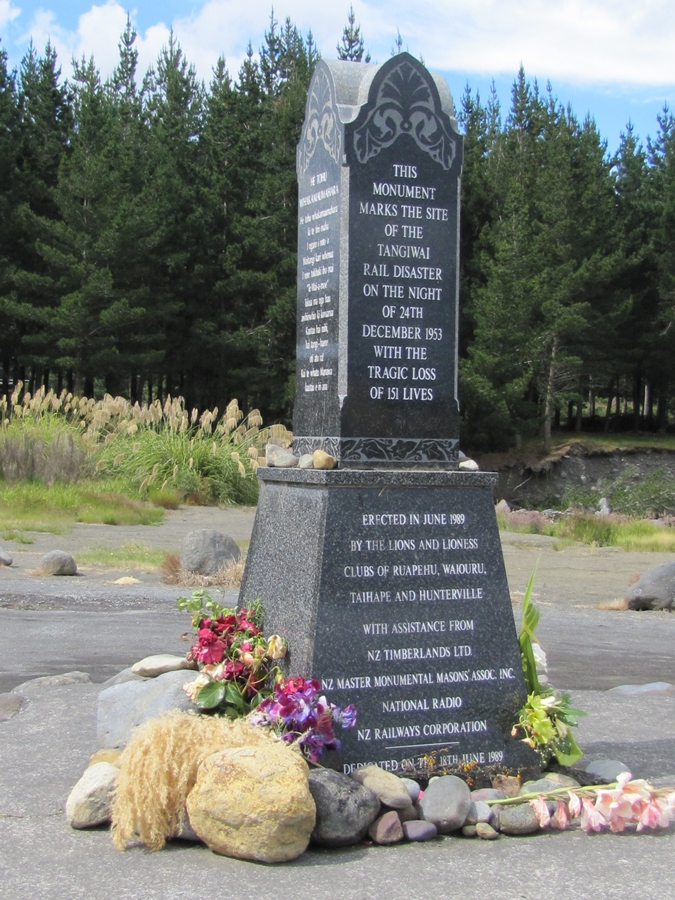 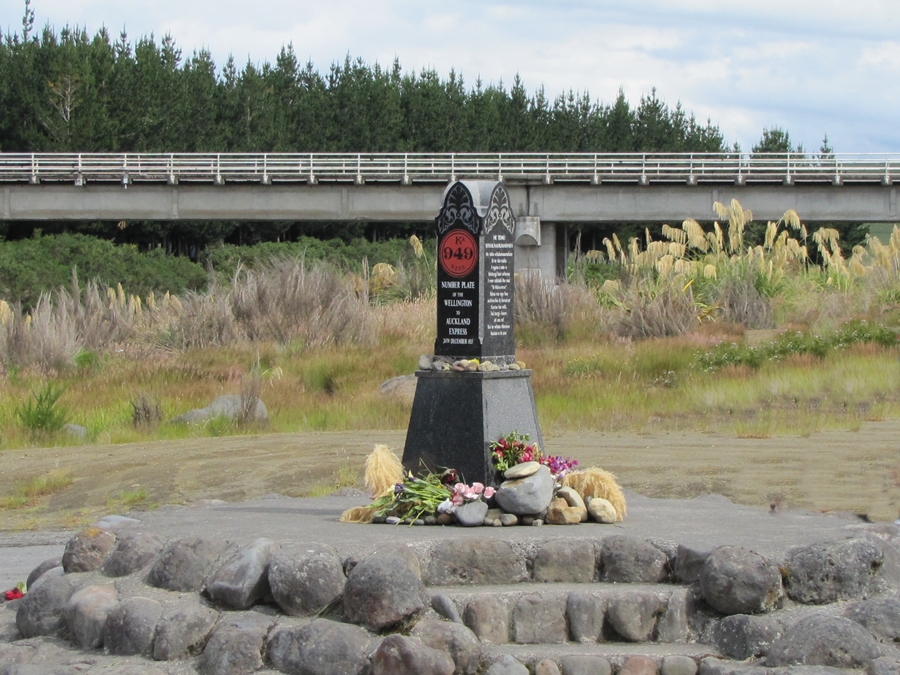 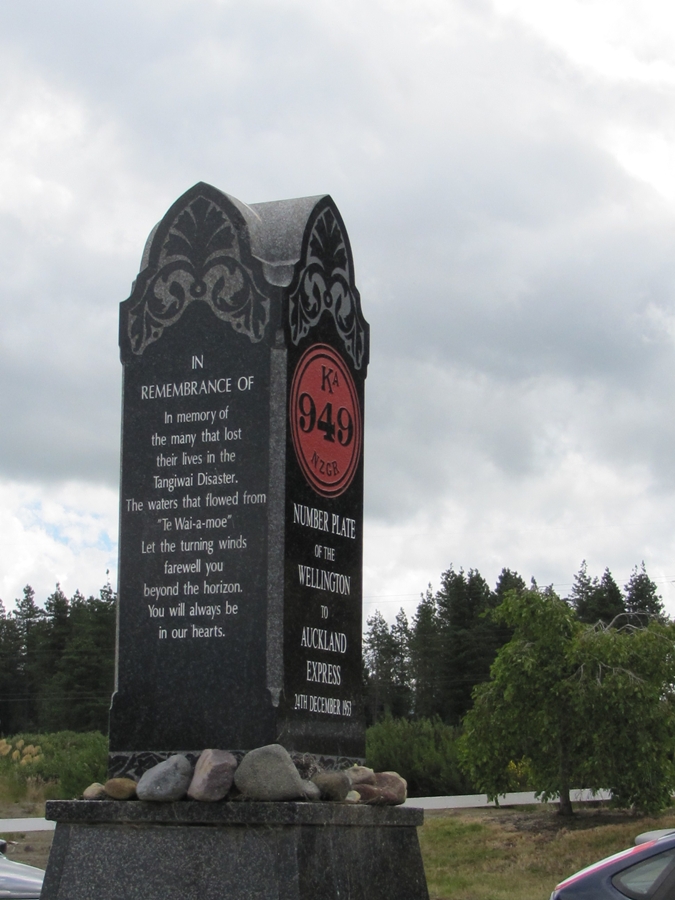 In the midst of roadside corn fields and paddocks along Highway 3, a rose garden
catches your attention just south of Whanganui.
It was planted by Matthews Roses as a public display
and has places for picnics or just stretch your legs. 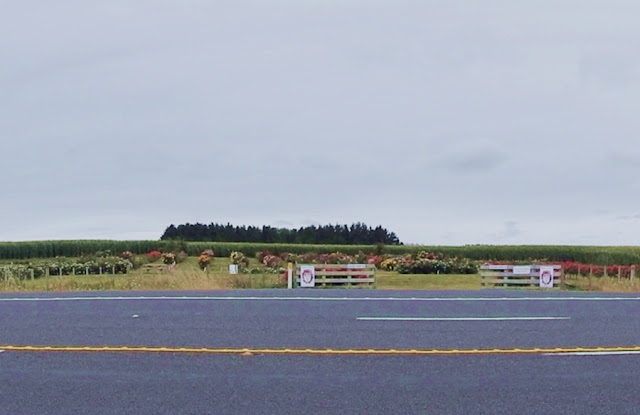 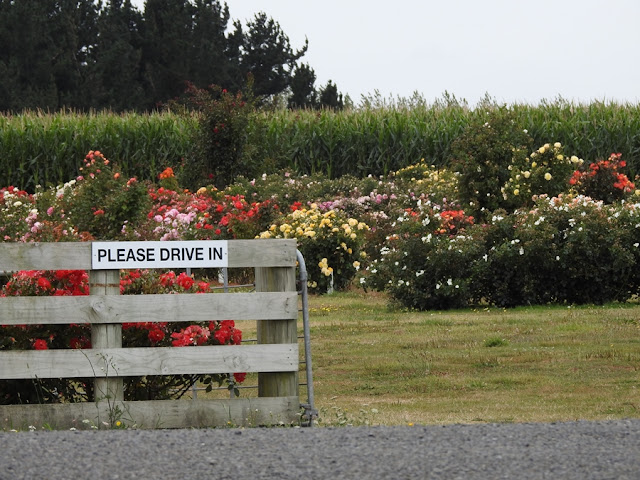