Yesterday, my daughter asked me again why I don't do "something useful" with my time. Talking about me "doing something useful" seems to be her favorite topic of conversation lately. She was only "thinking of me" she said and suggested that I go down to the senior center and hang out with the guys. I did this and when I got home last night, I decided to teach her a lesson about staying out of my business. I told her I had joined a parachute club.

She said, "Are you nuts? You're almost 72 years old and you're going to start jumping out of airplanes?"

I proudly showed her that I even got a membership card and she said to me, "Good grief, Dad! Where are your glasses? This is a membership to a Prostitute Club, not a Parachute Club!"

"Oh, no!" I said as I pretended to be shocked."I don't know what to do about this...I signed up for five jumps a week."

Life as a senior citizen is not getting any easier but sometimes it can be fun.

2 years after the earthquake

Most of the time, Christchurch could be a million miles away from Stratford. Like most of the world, we heard about the killer earthquake and any other newsworthy bits on the telly. You don't think about it if you aren't involved with anything going on there.

My outlook on the broken city was changed a bit after our holiday. Hubby's mother's sister lives in Christchurch and we stayed with her a few days while we were there. Her house was undamaged, but, since the earthquake and some counselling, she has turned her back porch into her bedroom. She was a bit apologetic about it, but I'm really glad that she found a way to cope with the stress and fear that was caused by the February 2011 shake.

As we drove through the countryside noting the wonderfully beautiful scenery of the Canterbury area, we stopped to take pictures of the churches, as we always do when we are out. The fact that many of them are fenced off due to quake damage is a bit disheartening. They seem to be randomly damaged with no other buildings close by touched. 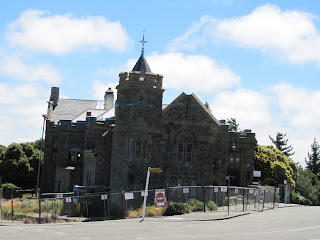 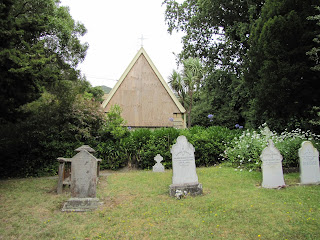 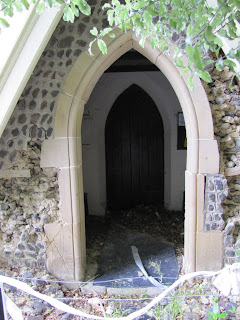 We didn't go downtown and look at the damage that's still there, but I'm glad to know that there are container malls doing business, which I think is incredibly creative. And there was still evidence of damage along the road to Sumner. 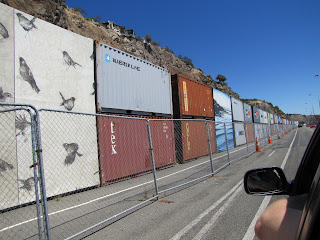 Today, the mayor of Christchurch declared that the 'red' area (the central business district that was most damaged by the earthquake) is now to be called the 'rebuild' area. I think that's quite healthy because the determined citizens are doing their best to get back to 'normal'--whatever that is. Good on ya, Christchurch.
8 comments: 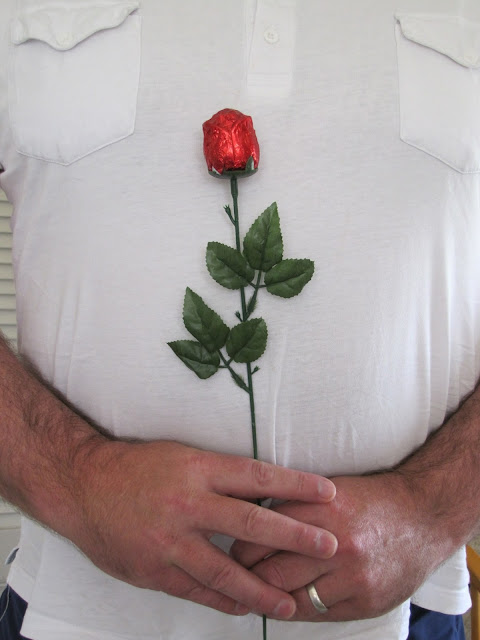 During our holiday in the Christchurch area, we stopped for a cuppa at Waikari Tearooms on Weka Pass Road.

The lady that runs the restaurant was very friendly and always had a smile on her face. She even had 'filter' coffee--for my Yankee friends, that's plain ol' drip coffee--which is hard to find these days when you go out.

The food was really good, but if you get down that way, you must try her custard slices. The are sooooo good! They are made with cream cheese in the crust and in the custard.

You can also pick up some souvenirs of the famous nearby Frog Rock at her store.

I don't like to take up too much space on each post because I don't like to read huge, long posts, so I will tell you about other places later. Until then, I have started to share some photos from our trip. Just click 'my photoblog' under 'my blog stuff' on the right.
1 comment:

It finally rained today, for the first time in several weeks. The lawn and flowers are happy to get a nice, big drink of water.

It had been in the 80's and 90's 20's and 30's for most of two weeks (or more) and I didn't complain once, even if every other person I talked to did. I was thrilled to not sleep in sweat pants or use the electric blanket for more than just one night at a time and we had the windows open all day, every day. I thoroughly enjoyed the hot weather.

It's suppose to rain tomorrow and then clear up on Wednesday which is excellent timing because we are flying to the south island for a short holiday to see Hubby's mom and auntie. I hope to bring back some great photos and stories to tell.

It will be nice to see some different scenery. Catch ya later!
4 comments: