It's only been 50 years that NZ has had television and there were special programs to celebrate this past month. I didn't watch the first one, but from the local comedians' and friends' reactions, I didn't miss much. Apparently, it was in the format of a quiz show (now take a few moments to visualize how that is not the way to celebrate).

We just watched the first of 7 parts of the Prime Channel special historical program and it was quite fascinating. I was stunned to realize that our family's most-watched free tv station has only been on the air since the late '90's. I guess I'm used to free US tv that has been around forever.

But, alas, the program was consistent with NZ reporting. There were acronyms and groups and other things that were not explained in the show. [Grrrr...again, my biggest gripe about NZ press and tv--if you don't know what they are talking about, you won't find out from the article or program.]  Fortunately, I had dear Hubby to explain things to me. Bless his patient little heart.

We all know that Disco died a while back, but dances socials that are given by schools or other groups to raise money here are still called a disco. Hmmmmm.

Most baking recipes state 'margarine or butter' as a regular ingredient. I always used margarine in America, as did most of the people I ever knew, as real butter was quite expensive and hard to work with. Here in NZ, since dairy products are one of the top exports (except to the US, where they are not allowed in), I buy real butter to do all my baking. I can buy 500g (about a pound) of butter on sale for $3.99. The spread (real butter combined with oil to make it spreadable) that the family likes to use for everyday use costs just over $5.00 for 500g. Go figure.

I have always noted that crime in NZ is probably as low as it is because there is no place to hide. The whole of New Zealand is not quite 104,000 square miles, about the size of Colorado, and then that area is divided into two main islands. Apparently, an alleged Chinese murderer though it was to his advantage to run to China to blend in. Makes sense since it's so populated. Didn't work. I, for one, am impressed. Hubby and I agree that he should be tried in China. 'Nuff said.

It has rained so much the last month or so that all the spring-blooming plants in the garden and my spring bulbs that I just planted have decided winter is done and it's time to bloom! 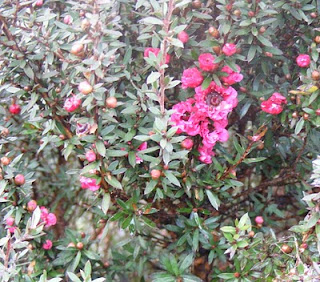 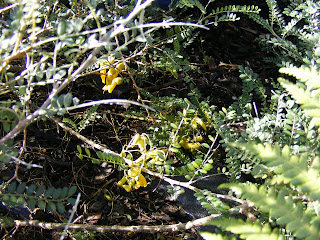 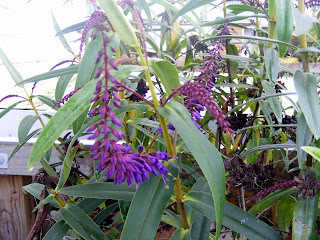 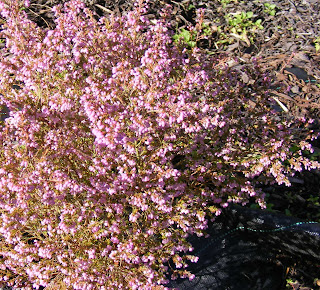 (As with pretty much everything you post about NZ) I'd have had no idea about this! What I love is that you're still learning new things about your adopted country. (And your DH is still happily teaching you!).
Our travel is totally unadventurous compared to your move, but we find that learning the goods and bads about our new state keeps us on our mental toes.... A good thing for aging brains, I think (ours, not yours ;>)

I liked what you have written, crime is low as there is no place to hide... hope all the places were like that

I'm substituting olive oil for everything butter or margarine whenever I can! It's fun to learn to work with what's available. Love your flower photos, and the contented kitty in your header!