When I first arrived in New Zealand, Hubby took me on a whirlwind, multi-week tour of the North Island. I was totally fascinated with the scenery and the buildings and took it all in as best I could with the beginning of my huge photo library.

Of course, I had no idea where everything was, but he was very good about figuring out where I was talking about when I described it to him.

One of the places he took me was one block off the highway to the scenes below, one on each side of the road. When I first saw these lovely old buildings, I thought it might be old storefronts kept up for tourists to see, as there were very few cars. 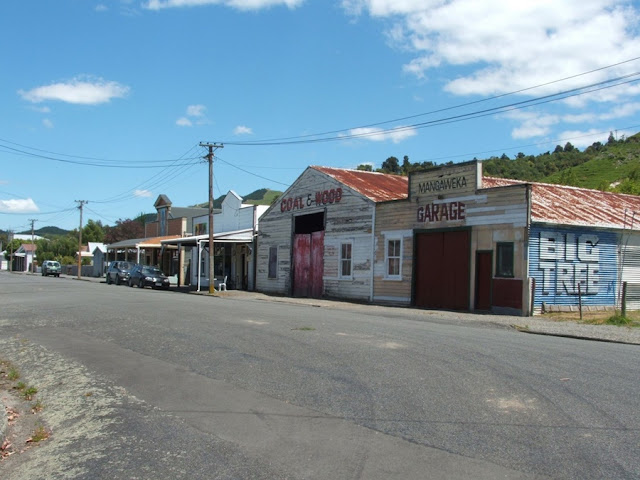 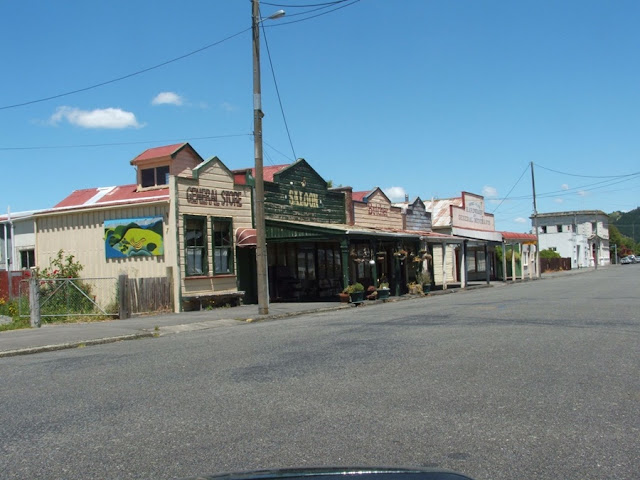 Fast forward to a few weeks ago. While coming home from the Kimbolton Sculpture Festival (posted on my other blog here and here, if you're interested), Hubby took some backroads and we came across two  young men who had just pushed a car to the side of the road.

We picked one up to take him to the next town of Mangaweka (which I didn't recognize or have any idea where it was) to get whatever they needed for the car.

As we followed the highway, he asked us to turn and go one block over; he directed us to 'town' which was actually these buildings!

It looks like a Ghost Town of the Old West! Um...were those two men transparent or foggy or dressed in old fashioned clothes? ;-) ok, just asking.

oh what a coincidence I love these old buildings

You did great to help. And as a reward you found this lovely old “village”. Groetjes Hetty

What a nice reward for your kindness!

Such a unique name! What does it mean? And the town look deserted

Kristen of A Mom's Quest to Teach said...

That looks really interesting! Such a unique place.