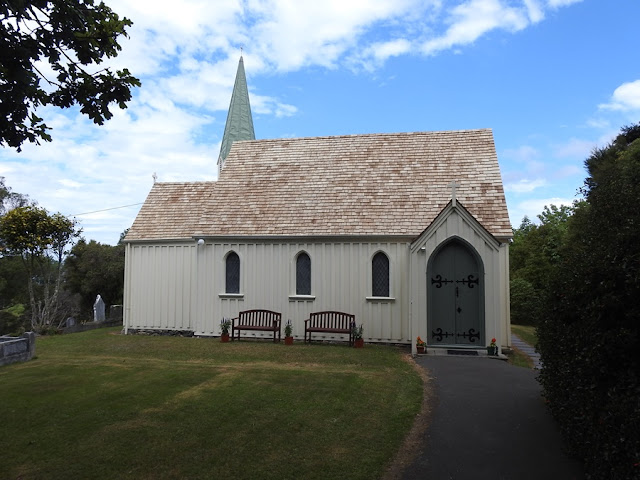 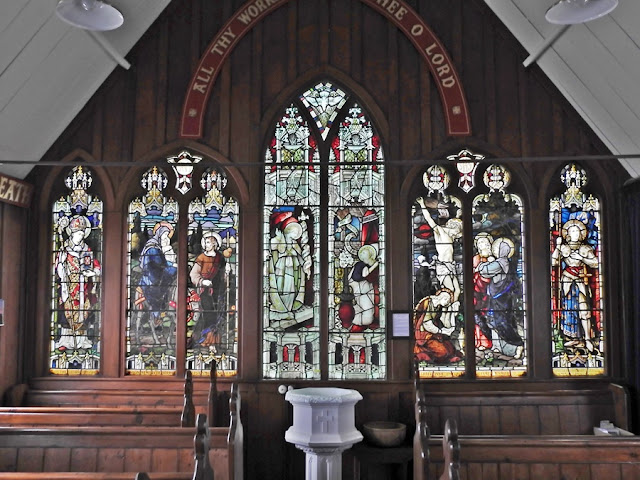 Words at the bottom of each pane of stained glass. 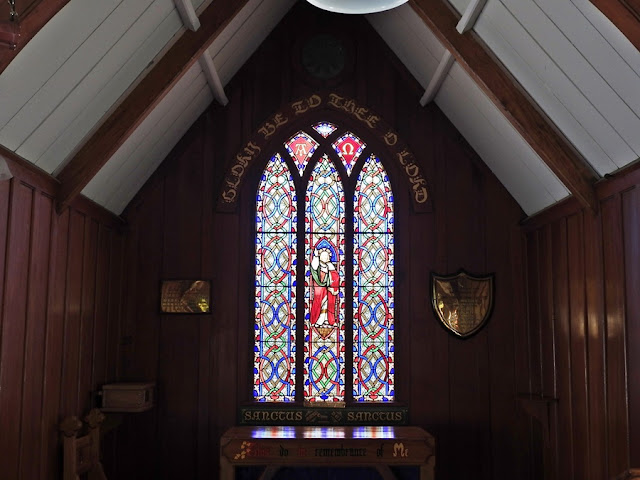 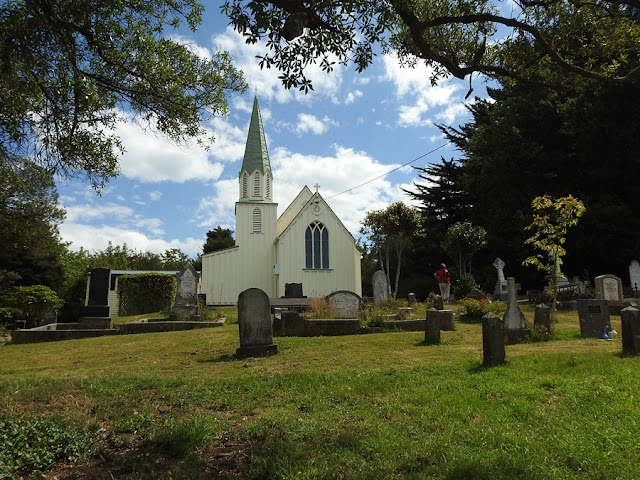 The land was gifted by Mrs Annie Pitt, the beneficial owner of what was then known as Warrenton Farm Park.
The stone foundations were built by Mr Alex Semple, a stonemason from Waitati.

The foundation stone (now assumed to be under the building) was laid by Mrs Pitt’s sister, Sophia Louisa Smith, on 15th April 1872.  The church was built by Mr Benjamin Smith (no relation), a settler from Seacliff who was a highly skilled carpenter, under the direction and with the assistance of Mr William Pitt.  It was completed in just a few months, being fully ready for an opening service on 11th November of that year.

The church and graveyard were formally consecrated by Bishop Nevill on St Barnabas Day, 11th June 1873.
No known plans or drawings exist; and it seems that Messrs Pitt and Smith worked from their own vision of what an English village church would look like when built in New Zealand timber.  It is generally agreed that they realised that vision magnificently.

For more details about the stained glass, click here.

It is a beautiful little church and the stained glass is fabulous.

At Home In New Zealand said...

What an amazing old church and that stained glass - wow!

This is such a quiet and peaceful church. I would love to hear mass in such a solemn and beautiful church.

This is a picture perfect church. That stained glass is amazing.

A splendid old church, so warm and inviting!

What a beautiful church, the stain glass windows are stunning.

Betty thank you for taking us through this historical journey. I'm a fan our your stories and blog. :)

We are live with our #WordessWednesday linky for this week. Hop in when you can.

Have a terrific rest of the week!

Good post, I loved it, what a beautiful church, beautiful photos
I loved your post, I did not know your blog, do you want to follow us? You already tell me. Cheers

So beautiful. Reminder if simpler times, though I wonder if we could make something so beautiful today.

Such a beautiful old church. My husband and I love to visit to old churches wherever we travel.