For those looking for info on the 2010 pub crawl, click here.

I had never heard of a pub crawl before I got here--the things I learn! The Hawera pub crawl has been in the newspaper for a couple of weeks now and I find it quite fascinating.

The Hawera push bike pub crawl is an annual even that started 32 years ago with a few friends and has exploded to nearly 2000 participants this year.  It's so big that the powers that be want to shut it down as a traffic hazard, but it has a life of its own. Nobody legally takes responsibility for it any more, so the Police don't have much recourse. There were 4 South Taranaki police cars and one paddy wagon in Normanby along with lots and lots of official people stationed along the route.

I stood by the road for about an hour and took photos as the crawlers pedal powered between Hawera and Normanby.  I saw Snow White, escaped prisoners, Ghostbusters, fairies and bees. I even saw Santa and ET! 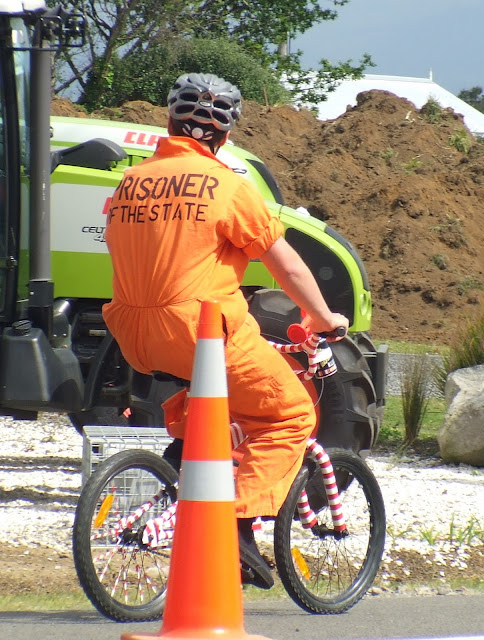 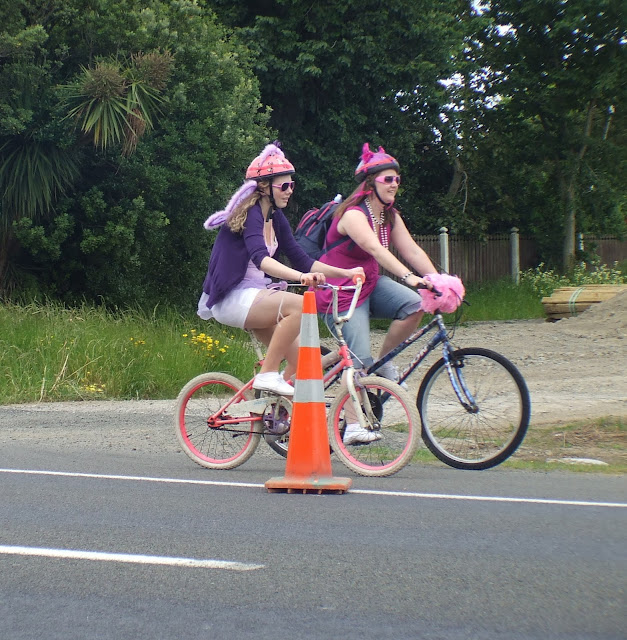 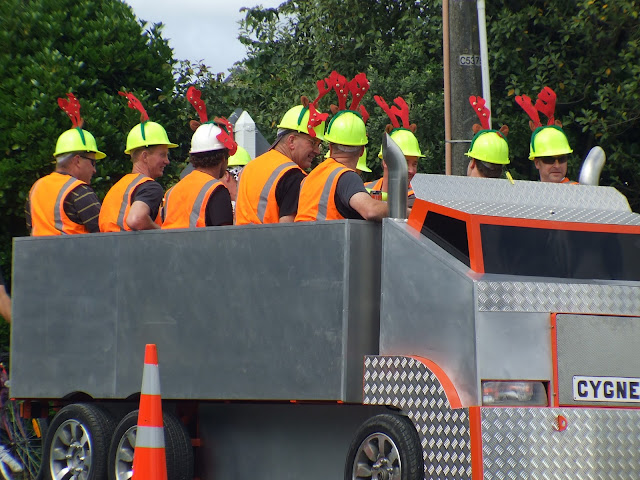 Yes, this is pedal powered! 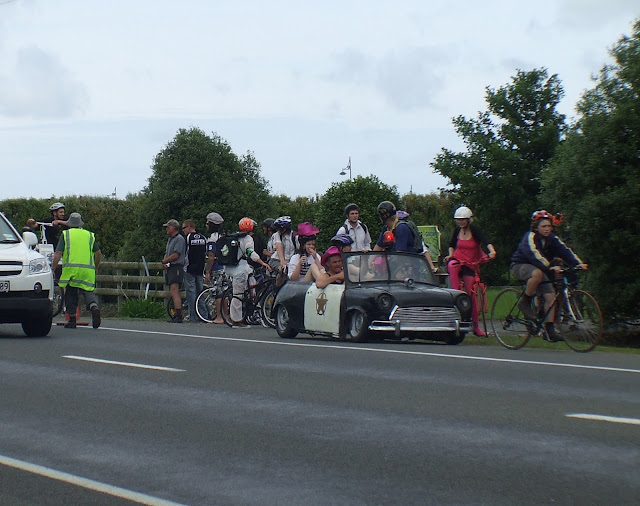 No body was drunk and fell into the ditch?

Some of them were rather erratic, and many were in the ditch somewhere along the way!

Do you have a Facebook acccount you could put these photos on?