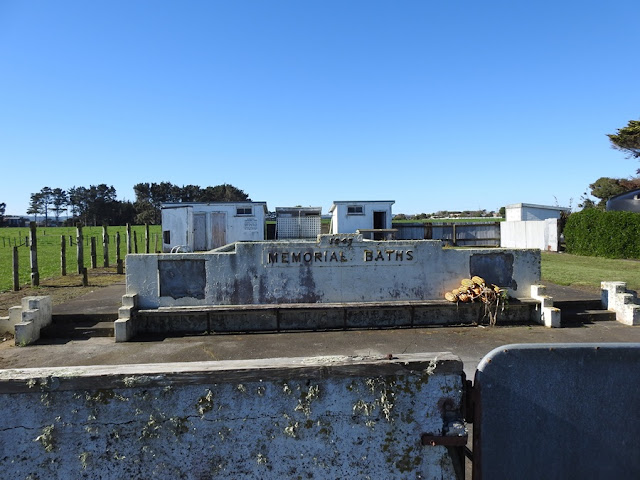 So sad that they were vandalized but glad that they have since been moved to a place of prominence in the local cemetery.

Gosh isn't that interesting? I like the idea that a memorial is something more for a community than a place to write names. I wonder if they have done any research to see if different types of memorials are vandalised more or less. Thank you Betty
Wren x

Sad so that inconsiderate and irresponsible people chose the vandalized the place.

I'm glad the names were moved to a more important place, I'm betting the baths were probably built in the 1940s by the look of it.