Hubby took me to see so much of the north island when I first got here, it was a whirlwind of photos and scenery.

This photo is from 2007 and I remember taking it and being curious about the 'church' but it got lost in the hub-bub of thousands of other photos.

Turns out, it's actually a Pa (a Maori word that means lots of things, including 'meeting house') for a NZ-based religion called Ratana. 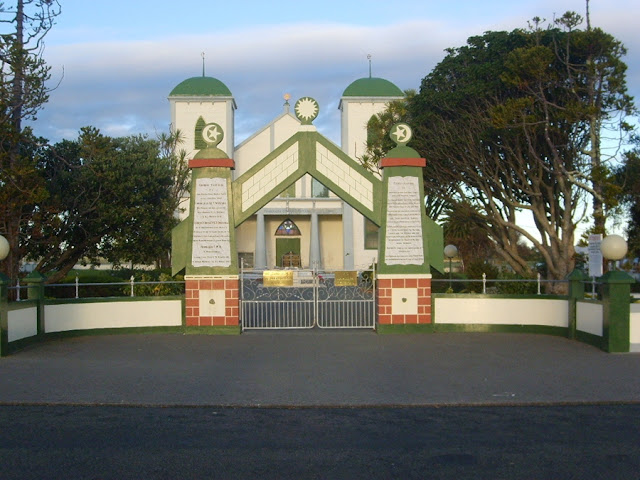 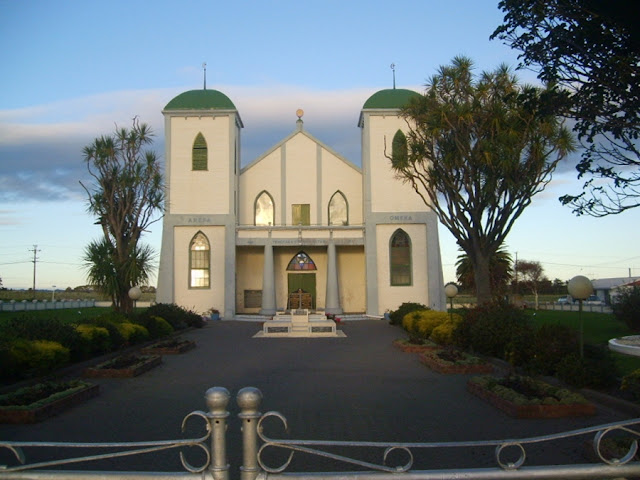 Tahupōtiki Wiremu Rātana came to prominence as a powerful Māori spiritual leader and faith healer. He founded a religious movement and headed a pan-tribal unity movement campaigning for social justice and equality based on the Treaty of Waitangi.
https://teara.govt.nz/en/ratana-church-te-haahi-ratana/page-1

I like Ratana churches the most, there's a few of them in the far north of NZ.

Gorgeous building. We're finally having a sunny day in Auckland. How about you?

I hope i can also explore more lovely places at the North Island.

Like many people I suspect I know little of Maori culture, its history and its influence on modern day life in New Zealand. At least this gives me a bit of an inkling, thank you!

Thank you for your beautiful photos and korero